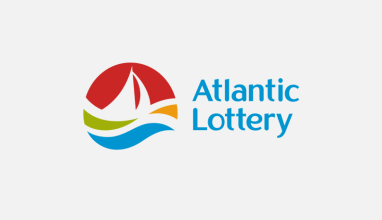 Atlantic Lottery Corporation (ALC) has just released its 2019/2020 annual fiscal report, including revenues, losses, and the hefty sum of CA$395.4 million it has paid out to the four Atlantic provinces. CEO and President of Atlantic Lottery Chris Keevill announced the report on behalf of his predecessor, Brent Scrimshaw.

Certain provinces are dependent on the revenue generated by the gaming industry, and casino operators commonly look to support their host communities. Atlantic Lottery’s report highlights the positive impact the revenue it generated has had on Nova Scotia, New Brunswick, Newfoundland and Labrador, and Prince Edward Island. Mr Keevill said that “the profit trajectory for the year was approaching the $419.4m goal” but the actual revenue was just shy of this target “as the COVID-19 pandemic flattened revenues toward the end of the fiscal year.”

All casinos and gambling venues had to close as a lockdown was imposed in mid-March, and despite some casinos having been given the green light to reopen, strict health and safety measures make it impossible for casinos and gaming halls to generate the same kind of revenue as they did pre-pandemic. The 2019/2020 fiscal year ended on March 31, so the last two weeks were hit hard by the coronavirus. This resulted in a 5% decline in revenue for Atlantic Lottery, despite its growing online presence and a record performance on its online platform, alc.ca.

Atlantic Lottery Forced to diversify due to Covid

The impact on the 2020/2021 fiscal year is expected to be somewhat bigger and for a longer period of time due to the pandemic. Mr Keevill stated that “as we navigate the current 2020-21 fiscal year, the effects of the pandemic are continuing to significantly affect our operations and revenues. Atlantic Lottery is taking the necessary steps now to become a more digitally-driven gaming company to ensure its sustainability.”

Atlantic Lottery is adapting to the times and increasing its online reach by offering a wider variety of games online. Covid-19 has changed the gaming landscape, so undergoing a digital transformation is the only way ALC can remain competitive and relevant. Despite this, they will still keep a physical presence as according to Mr Keevill, that is the heart of their corporation and vital to their business.

Although the Crown corporation could not reach its target, the sum that made it to the provinces’ coffers was still quite significant. Out of the total profit, Nova Scotia benefited from the biggest slice of the pie with CA$131 million. Second in line was New Brunswick, with CA$124.5 million. Newfoundland and Labrador also managed to bag over CA$100 million – CA$121.1 million to be exact. The last slice went to Prince Edward Island with CA$18.7 million, and even though the sum seems smaller when compared to the other three provinces, it was still larger than what Prince Edward Island officials were expecting.

Had it not been for video lottery terminals (VLTs) being put off-limits across the Atlantic provinces, the profit would have been notably higher. VLTs provide an easy replacement of casinos, but to avoid a repetition in case of a second lockdown, ALC is looking to provide a reliable alternative for the local casino players by making their online platform premium. One of its aims is to become the go-to platform for gamblers, thus also making illegal gambling sites unnecessary.

The Crown corporation returns all of its revenue to the four Atlantic provinces according to the market shares they have in the corporation. Keevill ended the announcement by saying that “the work done by the team at Atlantic Lottery has always been imperative to help build a stronger Atlantic Canada. We are committed to delivering on our mandate of returning 100% of profits to our shareholders, while also contributing in other ways to the communities we serve, by supporting important causes and grassroots events around the region each year.” From its start in 1976 up to now, more than CA$10 billion in revenue have been returned to the four provinces.

Yggdrasil and ReelPlay team up to launch Jaguar SuperWays

Top software providers ReelPlay and Yggdrasil Gaming have teamed up to bring Canadian players Jaguar SuperWays. The game is a slots variation, with players embarking on…

The Atlantic Lottery Corporation is offering CA$20 in gaming credits to first-time players who register an account on the Crown corporation’s online gaming site.…

Lotto Max gives away hundreds of millions of dollars each year, explaining why it is one of the most popular lottery games with Canadians. This March, Lotto Max continues…

Playgon Games has just received approval from the Malta Gaming Authority for its Type 1 Gaming Service Licence. This exciting news will make it possible for Playgon to…

Casinos and Bingo Halls to Reopen Soon in Alberta

Casinos and bingo halls in Alberta are getting ready to reopen their doors to patrons at the end of the month. Preparations are underway to ensure a safe return to…