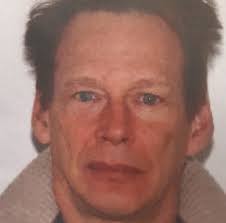 Barton and Vida have been said to have been working casinos across Canada and in Las Vegas together for a long time, counting cards and signalling each other when a table was ready for the taking. Members of the poker and blackjack communities in Calgary have described the couple as avid card counters who preferred to keep to themselves.

Court documents show that Barton’s firearms offences involve five different guns described as expensive, well-made, and high-end. Most of the weapons are used in sporting and shooting competitions, however.

Last seen travelling from her home

Smith was last seen when she left her home in Chestermere for a medical appointment in Calgary. Her family reported her missing when she failed to return home. Witnesses say they saw Smith and Barton argue in a beige SUV in the early afternoon on July 21, the same Cadillac Escalade Barton used to drive from Calgary to Edmonton the following day.

Police would later find some of the weapons blackjack card counter Barton now faces charges for in the car and even though Smith’s body has not been found, Barton was charged with manslaughter 10 days after her disappearance.

“Though we have laid charges, our investigation is not over,” said Staff Sgt. Martin Schiavetta of the homicide unit. “We remain focused on locating Vida’s remains se we can help bring some sense of peace to her family.”

Smith’s family and police have asked members of the public to come forwards with any helpful information which could lead to Vida’s body. In a statement from the family, they ask for help, sympathy, and privacy.

“Vida Smith is more than just a missing person or a victim … she’s a beautiful human being, she’s a friend, a mother, and a grandmother. She loved her grandchildren more than anything in this world,” Smith’s family said in a statement. “Even though we are seeking privacy during this unimaginable time, we are asking for the public’s help … If you saw something or if you know something, please come forward.”

Banned for life from casinos

Barton and Smith have known blackjack card counters and Barton often went by the name Chris Lee to circumvent security at casinos. He does not have any criminal records in Alberta or British Columbia, but he has been banned, presumably for life, from casinos in Canada and the United States.

While counting cards at a blackjack table is not illegal, casinos train their staff to detect this method as it gives players an advantage against the house. There are no guarantees that players will win because they count cards, but if caught they will usually be evicted from the premises and banned for life from returning.

This is why it’s not uncommon for card counters who have been caught and banned to assume aliases and disguise themselves. It has even been reported that some players have gone as far as assuming false identities to get through the casino doors.

Is Blackjack a dangerous game?

When it comes to the public image casinos and gambling could use a bit of cleaning up. From mafia interference, dodgy dealings and high profile robberies, casinos have faced something of a bad reputation.

In recent years crackdowns on illicit dealings have helped casinos turn the ship and become legitimate places for entertainment and even worship as seen in our previous article.

When it comes to casino games, SuperLenny feels it maybe blackjack card counters like Kevin Barton who bring the game into question. In fact, several Hollywood movies have been made based on card counters such as Kevin Spacey’s 21. These urban legends turned Hollywood stories may be hindering more than helping blackjacks image.

Today, blackjack is the most widely played casino game worldwide and despite the few bad eggs, SuperLenny does not view it as a dangerous game.