Gone to the Dogs: calls for ban on Scottish greyhound racing 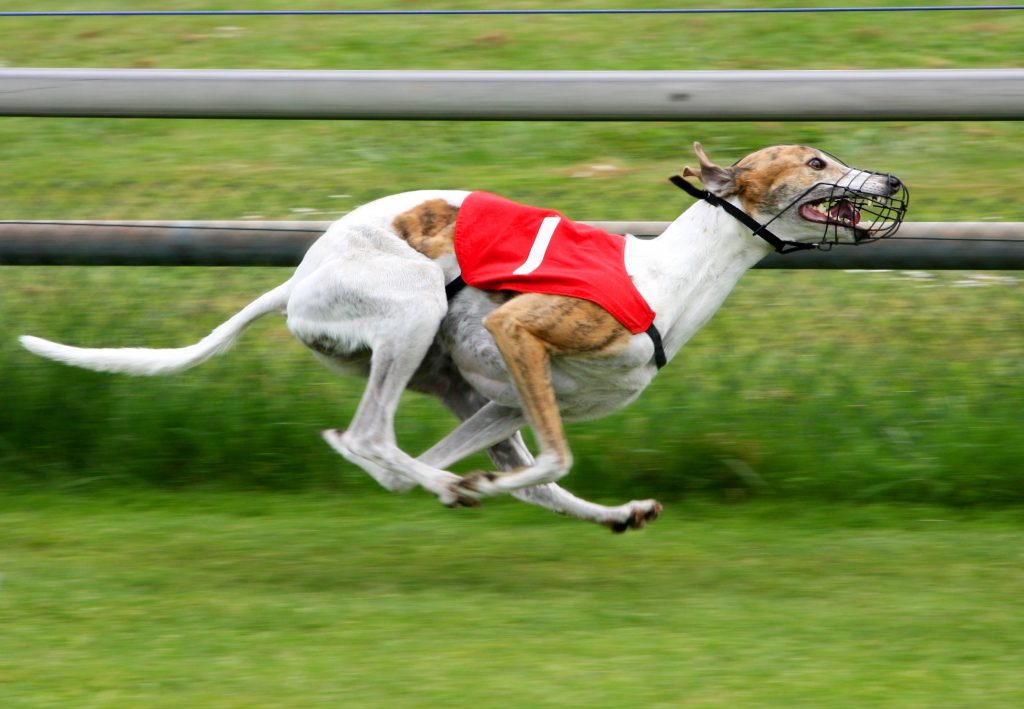 Scotland Against Greyhound Racing (SAGE) campaigners have been pushing for the closure of the last two greyhound racing tracks in the country and for a full ban on racing activities.

What do the campaigners want?

Campaigners filled out a petition, in which they specify that there are two racetracks still in operation in Scotland. The race tracks are Rutherglen-based Shawfield Stadium licensed by the Greyhound Board of Great Britain (GBGB), and the Kirkcaldy-based unlicensed Thornton Greyhound Stadium, also known as the flapping course.

In their arguments, advocates for the ban highlight that greyhound racing is legal in only 8 countries: UK, Ireland, New Zealand, Australia, USA, Vietnam, China and Mexico. The campaigners deemed the sport, which forms a part of the multi-million-pound gambling industry as ‘outdated and cruel’.

The Tragic fate of racing greyhounds

2018 statistics show that 932 racing greyhounds died that year. A staggering number of 242 of these dogs died trackside, meaning that most likely the dogs died of over-exhaustion, ruptured blood vessels, or heart attack right after running in a race.

These figures also show that almost 5,000 greyhounds were injured, unable to race anymore, and sent to adoption organisations. A shocking number of at least 324 dogs were also put to sleep for reasons such as no home found, cost of treatment too high, and no options for a life outside out of the racecourse.

Mark Ruskell, Scottish Green Party MSP says that even “drugging of dogs is happening all too frequently, and the sanctions handed out to those found to be responsible can barely be described as a punishment or deterrent’’.

The Response from GBGB

The GBGB claims that it has no tolerance for mistreating dogs for racing entertainment and that they have a robust and comprehensive drug-testing regime across all 21 licensed tracks. It maintains that at least 75% of its income is spent supporting greyhound welfare across the sport. The organisation wasn’t required to be in any way transparent on the fate of racing dogs until only two years ago.
What’s on the cards?
Calls for heavy reform of the greyhound racing industry have been underway for years. SuperLenny has already seen an increase in demand for legislation which would outright ban the sport and result in the closure of the last two remaining racing tracks in Scotland. As a fellow animal, it should come as no surprise that Lenny supports animal welfare all the way. Are there similar calls for change in horse racing events? In Lenny’s eyes, one thing is certain, unless legislation banning the sport is passed, hopes for tackling the high numbers of drugged, injured, and dead animals, are pretty dim.