Crown Resorts Profits Down due to COVID-19 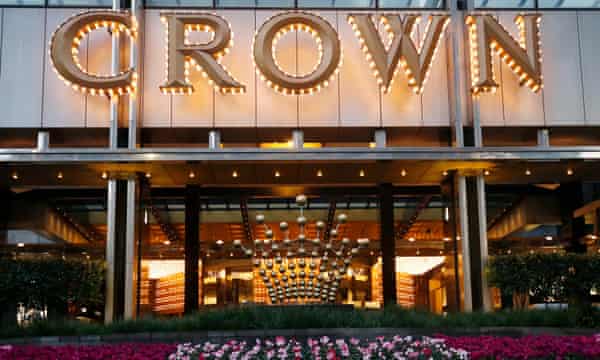 Crown Resorts Ltd, the largest gambling company in Australia has admitted that its gambling turnover which is generated by regular Chinese customers has caused its half-year profit to a decline. The company also said that travel constraint that has been imposed as part of the prevention measures for the coronavirus is expected to affect the business operations in a negative way.  The Casino disclosed its financial results for the last six months of 2019 ended on December 31st 2019. The company has been trying to revive its operations and re-establish its services as a relatively simple domestic business over the past three years following the 2016 arrest of its employees in China that bought serious changes to the operator’s plans for international expansion.

When the casino company unveiled its financial results for the six months ending on December 31st, 2019, the figures have reflected the effects of the many challenges faced by the company that is trying to reinvent its operations and re-establish its services as a relatively simple domestic business over the past three years following the 2016 arrest of its employees in China that brought serious changes to the operator’s plans for international expansion. In its half-year results announcement, Crown Resorts revealed that its “normalised” net profit declined by 11% to AU$1372.7 million in the six months that ended on December 31st, 2019. Apart from that, a significant decline of more than one-third was registered in its turnover generated by Chinese high-roller players.

During an analyst call, the company’s Chief Executive Officer Ken Barton explained that the reason the gambling operator was affected by continuous “soft market conditions”, as well as by the negative publicity that it has recently faced in 2019. The Crown Resorts faced media reports saying that the company violated the local gambling legislation, money-laundering and links with Chinese junket operators which were associated with criminal organisations. Crown Resorts utterly rejected the allegations at the time. The media reports fuelled a number of regulatory investigations on the territory of Australia. Since the beginning of the probes, the gambling company appointed a new Chief Executive Officer, Ken Barton.

Today, the gambling company revealed that it was now facing another challenge, as its business has been seriously affected by the recent travel restrictions aimed at slowing the rapid spread of the dangerous coronavirus from spreading. It is due to this that Crown Resorts also noted that what it called “community uncertainty” was keeping gamblers away from its venues in the country, as people prefer to be cautious about going into crowded places for now.

The spread of the deadly coronavirus is not the sole reason for the most recent difficulties faced by the gambling operator. Earlier in February, Hong Kong-based group Melco Resorts & Entertainment revealed its decision not to proceed with the planned acquisition of the 9.99% stake in the Australian gambling operator from James Packer citing temporary Macau casino closures and willingness to concentrate its efforts on bolstering its domestic market business.