Did You Know This about Poker? 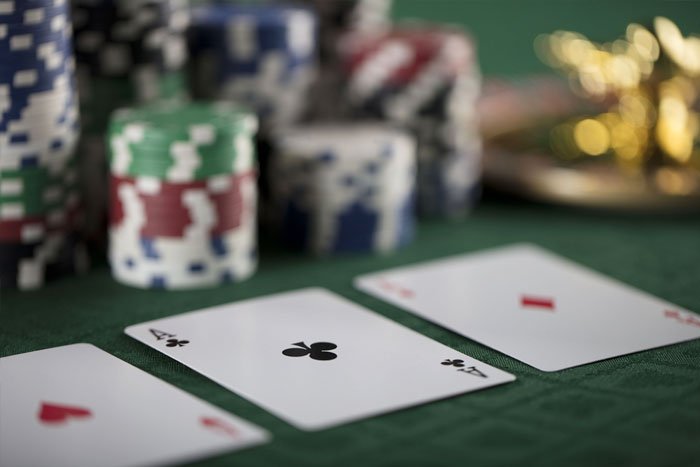 From pistols to theatrics to mega millionaires, Poker has a rich history surrounding it; a world of interesting characters and many tales to tell. The combination of risk and reward, patience and aggression, draws in many aspiring players and makes it the most exciting card game today. Poker has come a long way since its inception in the 19th century. So for a better understanding of the game and its evolution, we’re giving you our top ten most interesting Poker facts.

We play the Poker we know and love today with a 52-card deck, but this was not the way before 1834. Initially, you just dealt four players into the game and they each would get five cards. The players would then start betting on who had the best hand or whose hand was worth the most. This 20-card Poker was a relatively simpler version of the game. Eventually, the whole 52-card deck made its way into the game, creating more variations like 7-card Stud, straight and split Poker.

2. Texas Hold’em did actually begin in the US

New Orleans is not only the birthplace of Jazz, but surprisingly Poker too. There were many variations of Poker over a thousand years, but the five-card game we know today has been around since the early 1800s. Texas Hold’em only started to dominate the scene in the 1970s when the annual WSOP came into play. Ironically, you can’t play Texas Hold’em in Texas because Poker rooms are actually illegal there. However, there is one Indian reservation casino that has exploited a loophole and has an active card room.

3. “The Nuts” originated in the Wild West

When a player has “the nuts”, we’re not talking about cashews – they have the best hand, but who came up with that anyway? Apparently, in the American West, Poker players would even bet horses and wagons. To make sure they would not make a run for it after losing, players would remove the wheel nuts from the wagon and set them on the table. So it became known as “betting the nuts” and everyone assumed no one would do it without the best possible hand.

It wasn’t until the 1970s that Poker saw a huge spike in its popularity. The shift happened when the first tournaments started taking place – and yes, WSOP was one of them. These tournaments turned Poker into a spectator sport and cast a spotlight onto the glamorous high rollers that played for thousands. The second major wave in Poker happened at the turn of the 21st century when the online casinos came into play. Suddenly Poker was more accessible than ever before, both as a fun activity and professional choice.

First off, you’ve only got a 6% chance of being dealt a pocket pair in Texas Hold’em, so players can feel quite confident when they actually get one. Still, many Poker pros like Daniel Negreanu have said that pocket pairs, even Aces, are often just good pre-flop. Interestingly, in all WSOP history, the final winner has never won the World Series of Poker Main Event title with pocket Aces. However, there have been two runner-ups who have held pocket Aces in a final hand and lost.

6. Some tells are harder to mask

Many tells can give away the strength of your opponent’s hand. Online, strong players may use seductive female names to trick opponents into thinking they are fish. Also, trash talk in the chat is usually a sign of weakness. Meanwhile, at live tables, bluffers like to use the classic “staredown” technique to get you to fold. On the other hand, leaning forward or backward indicates a strong hand. Similarly, if your opponent suddenly bolts upright, without being pinched – then, they have the goods.

The women of Poker are multiplying and making quite an impact at the tables. The first female to win two gold WSOP bracelets, in mixed events (not ladies only), was Jen Harman. Then Barbara Enright won three and went on to be the first woman celebrated in the Poker Hall of Fame. However, Vanessa Selbst turned heads when she landed on the Poker scene in 2008. With 21 live rankings and over $10 million in earnings, she was the only woman to reach number 1 on the Global Poker Index.

8. The record amount of WSOP titles to beat is fifteen

Phil “Poker Brat” Hellmuth holds the current record of 15 WSOP bracelets from 1988 to 2018. His latest was $485,082 at the $5,000 No Limit Hold’em event. Phil has been playing for over 30 years and is known for his short fuse at the tables, especially after a bad beat. Although he cashed WPT 14 times with almost $1.6 million in winnings, he never won. Five final tables, two third place finishes and a runner-up position at WPT, but a championship title is still on his bucket list.

Poker attracts celebrities to the scene like Jennifer Tilly, Bride of Chucky. She won a WSOP bracelet in the Ladies event of 2005, cashing $158,625. Tobey Maguire also uses his Spidey Senses to make calls at the Poker tables. Before starring in the famous 1998 movie Rounders, Matt Damon prepared by playing $25,000 in tournaments. He has since played WSOP twice and done well. His besty, Ben Affleck, also proved his worth on the felt by winning the California Poker Championship and $356,400.

10. Everyone stands a chance of winning

Gone are the days where only high rollers could participate in major Poker events. Tournament fields for WSOP, EPT and the like keep getting bigger each year as players have increasing opportunities to join, like through satellites and freerolls. Players can easily rub shoulders with the top Poker professionals at such events, who won’t have more than a 5% edge against them. They will both be dealt winning and losing hands, but it is their play, which maximises wins and minimises losses. This is the beauty of Poker.