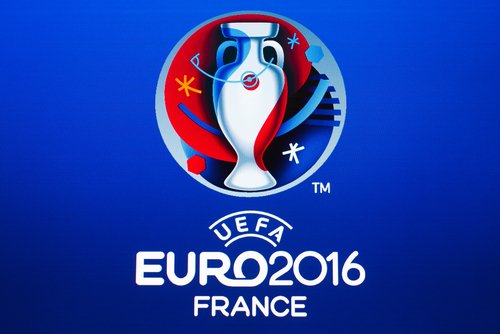 As we approach this summer’s Euro 2020, we look back at one of the most enthralling European Championships in recent memory. From underdogs going above and beyond their call of duty, to the usual giants doing what they do best, let’s remind ourselves of the facts from Euro 2016.

For the first time in European Championship history, the competition consisted of 24 teams. Since 1996, the Euros included just 16 teams competing for glory. This allowed five smaller nations to make their European debuts. Wales, Northern Ireland, Albania, Iceland and Slovakia all had their chance at glory.

Therefore, all of the 24 teams were entered into the group stages that consisted of six groups. This was followed by the last 16 stage and then the quarters, semis and the penultimate final. The increase in teams provided the spectacle with more exposure and fan coverage than ever.

On the 28th May 2010, France won the bidding process to hold Euro 2016. Beating the likes of Italy and Turkey to hold the prestigious event, France won the voting process based on their fantastic facilities over a period of two rounds of voting from the commission.

From the Stadium de Toulousse to the Stade de France in Paris, these high-capacity arenas offered France the perfect foundations to host the Euro 2016. It was the third time that France had hosted the tournament, with 1960 and 1984 being the previous dates.

France did have some stiff competition when it came to originally becoming the Euro 2016 hosts. Turkey and Italy ran the French close, who both had huge arenas such as the San Siro and the Ataturk Olympic stadium respectively – plus world-class accommodation facilities for both supporters and travelling teams.

Like any football tournament, there are always a few underdogs that shock the bookies’ odds. The Debutantes to the European Championships, Wales, had a tough opening group – which they were rivaled by big-dogs such as their neighbour’s England and Eastern European hopefuls Russia to kick-off their tournament.

With Welsh star Gareth Bale finishing the Euros as joint-second highest goal scorer, it was an historic tournament for Wales. They finished above England in their group and even went on to reach the semi-finals of the competition – beaten only by the eventual winners Portugal.

Another team that shocked the footballing world was Iceland. With a population of nearly 360,000, it was an achievement in itself to even reach the European Championship finals. Unbelievably, Iceland came from behind to knock England out of the last-16 phase and went toe-to-toe with France in the quarter-finals.

Despite their brave efforts, Iceland lost 5-2 to the hosts France, who were the bookies’ favourites due to their home advantage and star-studded line up. Two-goals from Arsenal-man Giroud and Pogba, Payet and Griezmann knocked out the gallant Icelandic team and sent the French to the semi-finals.

In the years after the Netherlands 2010 World Cup final loss, the nation was full of hope for the countries’ up and coming stars. However Euro 2016 wasn’t to be – at all! The Dutch didn’t even make it through qualifying, as Turkey, Iceland and the Czech’s finished above them.

Spain were the reigning champions going into Euro 2016 and a recent World Cup win allowed the Spanish to be optimistic. Despite this, it was Italy that beat them 2-0 in the last-16, as they finally got their revenge from their Euro 2008 loss to the Spanish.

As with any international tournament that England enters, the media attention and enthusiastic fans make anything other than a winners’ medal seem like a disappointment. Unfortunately, this was the case again for England, who were left without silverware yet again since winning the World Cup on home-soil in 1966.

England narrowly made it out of the group stage in second place behind Wales, despite beating the Welsh with a 94th minute winner from striker Daniel Sturridge. However, England’s turbulent form continues in the last-16, as Iceland came from behind to break the English’s hearts yet again.

After a recent World Cup win and iron-fist defense the Germans were the bookies favourites, alongside France, to win the prestigious Euro 2016 trophy. But, the Germans met their match in the semi-finals, when French star Greizmann smashed home two goals to send French fans into raptures.

France were on fire for the entire tournament, as they breezed past fellow giants Germany, as well as Ireland and Iceland on their way to the final at the Stade de France vs. Portugal. With Greizmann leading the Euro 2016 top-scorers list, the final seemed a foregone conclusion.

But, it was not to be France’s fairy tale ending, as Portugal’s talisman Cristiano Ronaldo inspired his team to victory and finally got his hands on international honours. It was Portuguese striker Eder that snatched the victory in extra time after a tense affair at the Stade de France.

Finally, we come to the Euro 2016 champions. Portugal is always given a chance to win in international tournaments – simply due to Cristiano Ronaldo being on the team sheet. But this time his team came through for him and supplied Portugal with their first ever-major trophy.

With Ronaldo and Nani firing three goals each throughout the tournament, Portugal overcame Poland, Wales and Croatia before beating the heavily favoured hosts France in the final, which produced a huge upset to break French hearts. With Portuguese icon Ronaldo entering his thirties, he finally had his international silverware.

After assessing this historic tournament, who is your money on for Euro 2020 this summer? Will one of the underdogs finally shock the world and achieve greatness? Or will the European giants prevail once again? Maybe a sleeping giant like England will finally bring it home. Lets find out!