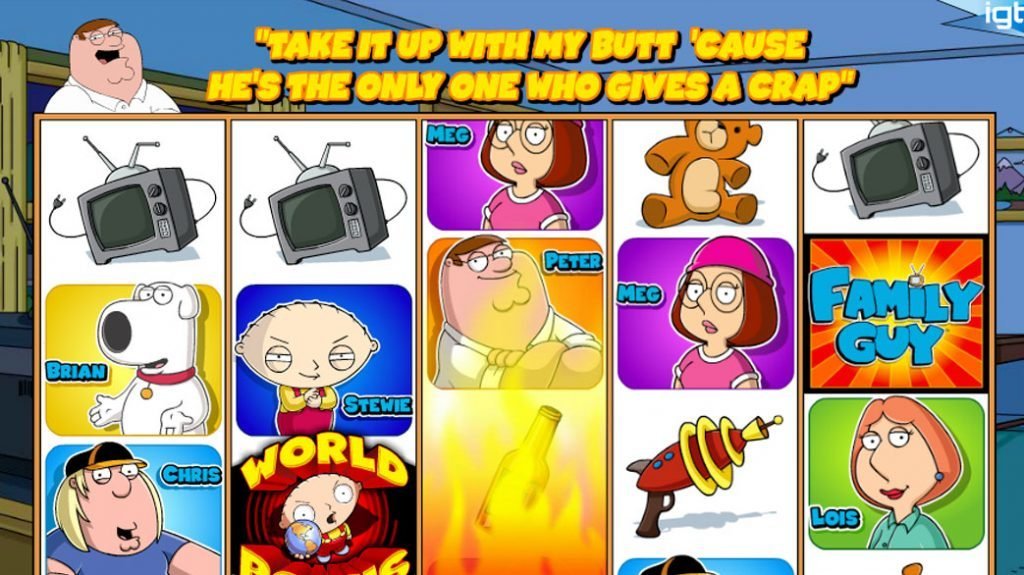 Following on from one of the funniest TV shows, IGT has produced a casino game that truly captures the show’s mayhem. A five reel, three-row casino game, Family Guy has 30 paylines all set in that familiar scene, the Griffin’s family room. At intervals, characters pop up quoting some classic lines, and of course, the effect is completed by the show’s classic theme song. The six main characters form the high value symbols, while lower values are a teddy bear, a television, a beer bottle and a ray gun. The show’s logo becomes the Wild, and the Scatter is a simple World Bonus.

World Bonus is set in motion by obtaining three of the Scatter symbols on any reel between two and four. Stewie prompts a globe spin, which decides which of the following games will be played: Chicken Fight requires the player to choose either Peter or the chicken to compete over three rounds; Lois’ Hot free spins provides ten spins; and whenever Peter’s Wild heart pops up on reel five, it helps to turn the side meter wild for the remainder of the game; Drunken Clam features picking beer without the chosen character passing out; and the Griffin Family Mystery feature is a randomly triggered bonus game that can occur on any spin.