What does a no-deal Brexit mean for Gibraltar? 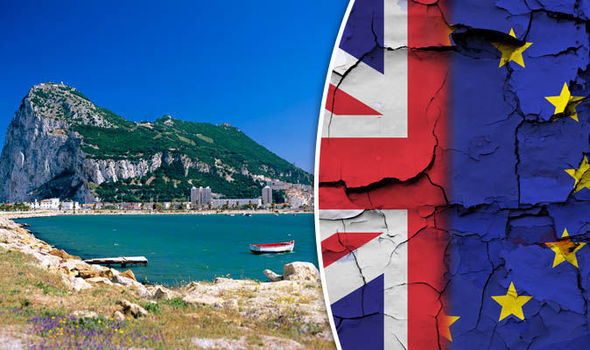 When a deal or no-deal Brexit happens, it will affect much further afield than the cliffs of Dover. One British Overseas Territory that will feel the impact of any type of Brexit is Gibraltar.  Situated on a peninsula in Southern Spain, Gibraltar has been a British territory since 1973. That year, the UK joined the European Union. Sadly, that relationship didn’t work out so as the divorce of a lifetime gets underway let’s look at what it means for Gibraltar.

People hate uncertainty and funnily so do businesses. With a no-deal Brexit looking ever more likely businesses based in Gibraltar are evaluating their options. In May 2017, Paddy Power– Betfair was the first company to announce they were closing shop in Gibraltar. Most recently, fellow operators Bet365 followed PaddyPower-Betfair in leaving the Spanish peninsula. All companies cited Brexit as a deciding factor in their decisions.

“It is clear that the decisions announced by bet365 are directly related to Brexit and not to any matter otherwise related to Gibraltar,” – Government of Gibraltar

Bet365’s departure will be particularly felt, as they will take nearly 1,000 jobs with them. In a statement, a spokesperson for the gambling company said: “We also continue to operate in a highly uncertain environment, driven primarily by the continuing Brexit landscape.” – Bet365 spokesperson.

One possible outcome of Brexit could be Spain introducing a hard border. This would have a huge impact on employees and people living in Gibraltar. Currently, there are over 10,000 people who cross from Spain into Gibraltar on a daily basis. Implementing any type of a checkpoint or border would negatively impact anyone traveling.

“It could take a lot of time to get across if the Spanish decide to put in place detailed passport checks and other checks,” William Hill CEO Philip Bowcock. Adding that “If that happens then that becomes a problem — but we obviously have business protection plans in place.”

Unfortunately, William Hill chose to move some operations out of Gibraltar as a ‘business protection plan’. Companies left behind will need to look at how to ease the commute for employees commuting to and from Gibraltar.

Although Gibraltar covers a relatively small area (2 and a half square miles), it still packs an economic punch.  According to the Financial Times, the gross domestic product (total value of goods and services) is about £1.5 billion. So in terms of GDP, Gibraltar is quite a wealthy place. Having a strong link to the UK, Spain and the EU allowed Gibraltar to prosper. Now, the good times may be over.

Around 90% of Gibraltar’s trade relies on access to the single market. A no-deal Brexit, in particular, would greatly harm the region, leaving it in a ‘no market land’.

Although Brexit hasn’t happened yet, Spain is looking to seize on the opportunity the online gambling industry provides. Before Brexit, Spain would have had no chance as Gibraltar was just too favourable. Low corporate tax rates and favourable regulations put Gibraltar head and shoulders above Spain. Now, Spain is eagerly trying to lure companies across the border. Earlier this year Spanish Authorities announced it’s intentions to lower the tax rates for gambling operators. As it stands the current tax rate is 25%, a reduction would see it lowered to 20%. The autonomous Spanish city of Ceuta’s corporation tax was also lowered to 12.5%. Post-Brexit, no matter the outcome Gibraltar is facing an uphill battle to stay competitive.