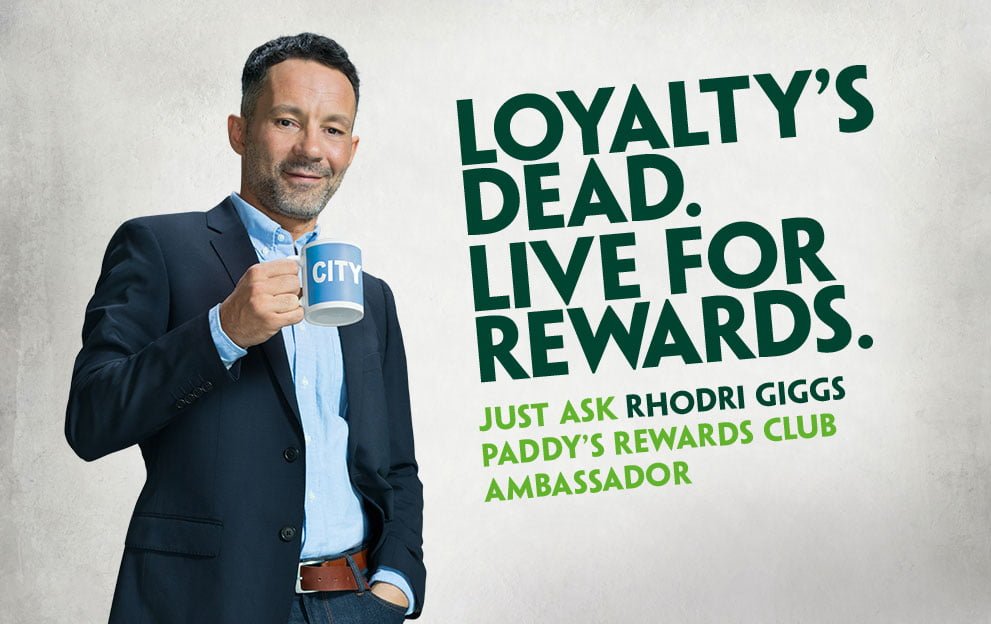 Irish bookmaker Paddy Power has been ordered to pull an advert featuring Rhodri Giggs, brother of former Manchester United player Ryan Giggs. Several complaints had been made about the advert which forced the UK’s advertising watchdog to take action.  Reasons behind the complaints revolve around whether the advert “glamourises gambling”.

In a statement the ASA (advertising standards authority commented. ” We considered that created the impression that Rhodri was no longer defined by the alleged affair and that he had moved past his ‘loyalty’ and was now reaping the rewards, both financially and in terms of his own self-image.

“The ad implied viewers should follow his example, and that their route to doing so was joining Paddy Power’s Rewards Club.

“For that reason, we considered the ad implied gambling was a way to achieve financial security and improved self-image, and we concluded the ad was irresponsible.”

What was the advert about?

First aired in February the video entitled “loyalty is dead” is aimed at promoting Paddy Power’srewards club, for which Rhodri Giggs is an ambassador. As to be expected from the Irish bookmaker, the advert is quite tongue-in-cheek. Various references are made to Rhodri’s infamous affair with Natasha Lever. As well as showing Rhodri upgrading his standard drink of bitter to champagne and driving a convertible. Seemingly to display that his fortunes have been improved by joining Paddy Power rewards club. However, it is Rhodri’s line “Loyalty gets you nowhere, live for rewards instead”, which has caused issues. As stated the Uk advertising watchdog felt the advertisement glamourised gambling, which made it “socially irresponsible”. Paddy Power argued whilst the ad showed Rhodri Giggs’ life had changed, this was the result of his brand ambassador role and not from gambling wins. Sadly, this was not enough to convince the ASA.Since receiving the formal complaints from the ASA, the advert has been pulled. This means it will no longer be aired on UK television.

Although this a blow for Paddy Power, it is not their first brush with the advertising watchdog. In the past, the bookmaker has had multiple run-ins over their “risqué” advertising. Back in November 2017, another tv advertisement was pulled for showing someone gambling at work.

Despite, the brush-ins with the ASA Paddy Power’s marketing departments show no sign of stopping. Viewers can no doubt look forward to more humorous ads, especially as the Rugby World Cup draws near.