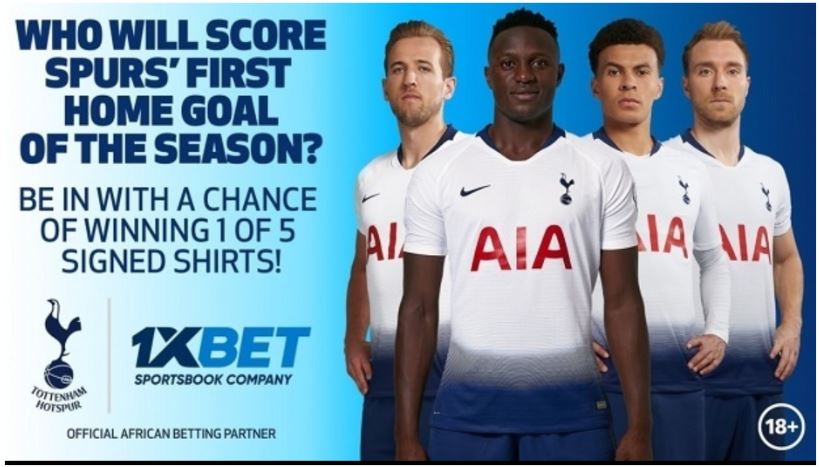 Tottenham Hotspurs have cancelled their deal with 1XBet – a Russian online betting company after the brand lost its license to operate in the UK. The sponsorship deal was supposed to run until 2020.

It’s now likely that Spurs’ rival clubs Liverpool and Chelsea will follow suit. The sponsorship deals between 1XBet and the three clubs are valued at around £15m each. Striker Harry Kane Liverpool’s Virgil van Dijk, and Chelsea’s Willian have all been used publically to advertise 1XBet in the past.

1XBet is currently under investigation from the UK Gambling Commission for allegedly breaching betting and advertising rules, including advertising on websites that allow users to illegally stream matches.

A brand spokesperson for 1xBet stated: “We take very seriously the allegation that 1xBet’s brand has been promoted on prohibited sites, which is strictly against our policies, and we have launched an investigation. Pending the outcome…we believe it is responsible to temporarily suspend our advertising activity in the UK.”

However, White Bullet Solutions, a London monitoring firm, found that 1xBet used illegal content to advertise on up to 4,000 websites, which is against the law in the UK.

The Gambling Commission told Tottenham Hotspurs, Liverpool, and Chelsea that if they break advertising rules on unlicenced operators they will face fines. The regulator said: “We recently wrote to Liverpool FC, Chelsea FC and Tottenham Hotspur FC to remind them that organisations engaging in sponsorship, and associated advertising arrangements, with an unlicensed operator, may be liable to prosecution…for the offence of advertising unlawful gambling.” Liverpool declined to comment, and Chelsea admitted that they are ‘monitoring the situation’.

How will this play out?

Could all these developments mean the end of betting sponsorships in Football? From where Lenny’s standing it looks like the UKGC might be trying to end all ties between football and gambling.

Now, with the heavy involvement from the UKGC, it is likely that we will see big changes in sponsorship deals between gambling companies and football clubs in the near future. In Lenny’s opinion, Liverpool and Chelsea breaking their deals with 1xBet are definitely on the horizon.