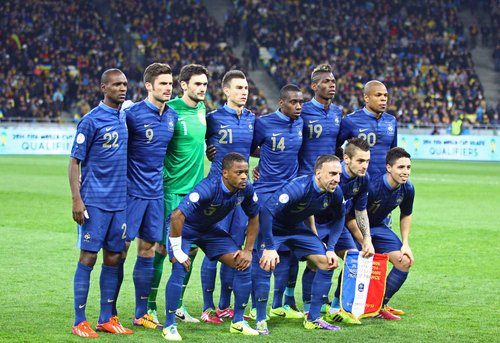 Goalkeepers: Both Hugo Lloris and Steve Mananda are high-quality goalkeepers. Lloris will no doubt be the first choice as he is one of the most profiled goalkeepers of the championship.

Defenders: Together with the goalkeepers, the French defence probably provides the strongest link in the French teams. France has every possibility to allow very few goals in this championship, which might very well turn out to be what gives them the title. Laurent Koscielny in the mid-defence might turn out to be the key player here.

Midfield: This is where we find the popular Paul Pogba. We also have Dimitri Payet from West Ham and Blaise Matudi from PSG, who have both had very impressive seasons with their clubs. If they can keep this form up there will not be many teams who can match the French midfield.

Forward: Without doubt the weakest link in the French team. Despite his four goals in the last two games for Arsenal this season, Olivier Giroud had a horrible end to the Premier League season. 15 games without a goal does not look good, and he needs to show better skills than this if he is to shoot France to the title.

Lucky for the French, that their defence is so solid. This means that they might not need to score as many goals as many other teams to win matches. If they finish first in their group they will meet the third-place from either group C, D or E, and the winner of this match will meet the winner of the game between the runner-up’s of groups B and F. Despite their lack of quality upfront, I believe that we have to think of France as one of the favourites to win the title this year.