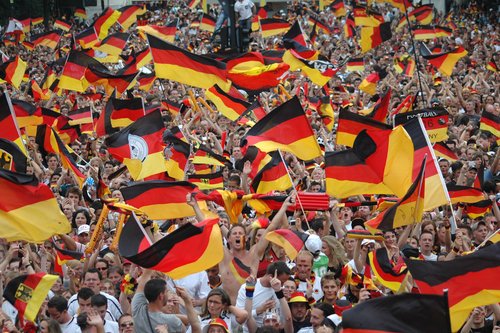 No matter who your personal favourites are, everybody must agree that the German team is one of the absolute favourites to win this championship. As a disciplined collective it is fair to say that no other team can match the Germans, but the question is if their squad has enough backup to manage a long championship.

Goalkeeper: Talking about the great superstars of this championship without mentioning Manuel Neuer is impossible. The 30-year-old Bayern München player represents the absolute strongest link in the German squad.

Defence: Hummels, Höwedes and Boateng are nothing but pure class, and it will be very hard to create many chances against them. But we should be more doubtful about the backups of these players. Injuries, tiredness or suspensions might give the Germans some defensive problems later on.

Midfield: This is one of the strongest links in the entire championship. Players such as Özil, Götze, Khedira and Kroos should give the managers of Germany’s opponents a lot to think of.

Attack: In a way both a strength and a weakness.

Thomas Müller is one of the best strikers of the championship, but the Germans are lacking backup plans on this point. Podolski and Gomez both play in the Turkish league. Not a bad league, but it is not the place a potential champion wants to be looking for talent.

There is a reason that Germany won the World Cup in 2014, and there are not many reasons why they should not win this time around, too. With some more options in the squad they would have been the biggest favourites of the Euro 2016, but as long as they are so dependent on the fitness of Löw’s preferred starting XI we have to rank them just below France.