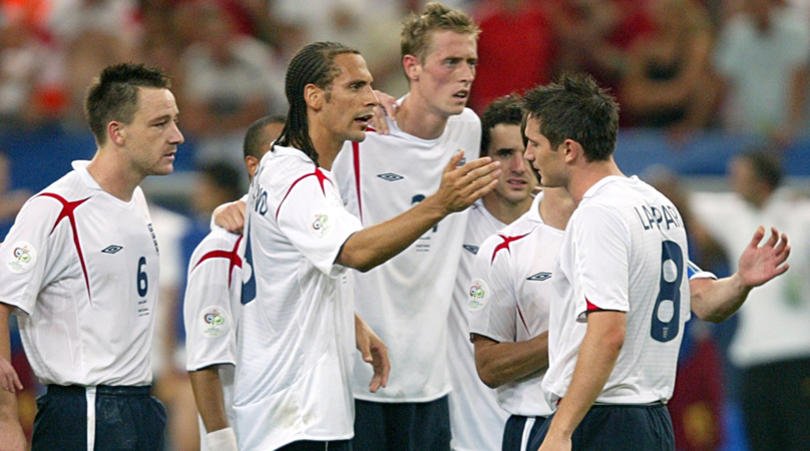 Taste is such a subjective thing. Some people like things to get bright and colourful, others not so much. So, when compiling a list of the most beloved or loathed World Cup kits of all time, it’s best to leave it open to interpretation.

Here are a few stunning choice fabrics to cast your eyes on. Enjoy!

Whilst the team had a reasonably plain home and away kit affair, one man stood out way more than he possibly should have. Let us spare a thought for Jorge Campos, the Mexican goalkeeper, who had to wear what can only be described as something ‘special’.

He would have looked more at home stopping traffic at a busy junction somewhere in Mexico City rather than standing between the sticks at USA 94. We can only assume that the team’s plan was to dazzle their opponents so much that they couldn’t bear to look in the direction of the goal.

The 2018 offering from Nigeria is based on their eye-catching 1994 kit, a homage to the last time the national team reached the World Cup finals.

Released just before their pre-tournament friendly with England, there were long queues around the block at the Nike store in London with fans eager to get their hands on a shirt.

Whatever others think, the ‘snazzy’ design seems to be a sentimental hit with the Nigerian fans and that’s surely all that really matters.

Taking the Stars and Stripes very much to the next level on home turf, the USA team certainly turned heads with their unconventional shirt design.

With a kind of stretched out design, the top made every player look like a super fast blur in any photos from the tournament. Combined with the bright red shorts and white socks, the USA 94 away kit certainly deserves its place in this list of the classics.

Yet another Mexican classic from the 90’s with a design which we’re sure was supposed to show heritage and pride. The end result didn’t quite work out that way with the Mayan God design creating a cartoonish feel to the team’s green shirts.

Maybe they wanted to scare the opposition with the unusual design but it clearly didn’t work on those pesky Germans. A 2-1 defeat in the last 16 sent Mexico packing but the Aztec inspired kit will live long in the memory.

Heading into their fourth World Cup finals on the bounce, after a tough qualification via the back door, Scotland were certainly glad to be in Mexico. After taking just one point from the ‘group of death’, it’s not really their performance at the finals which they are remembered for.

Their kit, on the other hand, is widely regarded as a classic thanks to the unusual choice of adding a blue band across the middle of the white shorts. The final effect just looking like their belts had slipped down towards their crown jewels.

With anticipation high as the 3 Lions headed off to Germany and Sven at the helm what could possibly go wrong? How about an over-thought kit design? Someone at Umbro took the symbolism and really ran with it.

The white shirt with a blood red ‘cross’ of pride on the shoulder, unfortunately, ended up looking more like a nasty flesh wound. Ouch!

Get the latest odds on a wide range of World Cup markets (not including worst kit design) with SuperLenny.