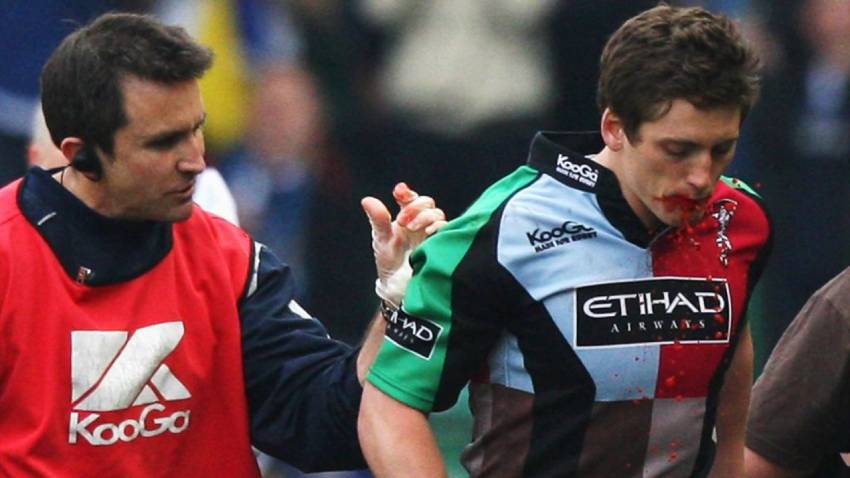 Rugby union has always prided itself on being both physically tough and morally strong. As the old saying goes, rugby is a game for hooligans but which is played by gentlemen.

The sport has not been without controversy and scandal, however, as these episodes from the past remind us.

Try or no try?

The Original All Blacks toured the northern hemisphere in 1905 and immediately set lofty standards for all future generations of New Zealand players. They obliterated the opposition, amassing 976 points and conceding just 59, with a combination of brute strength, dazzling skills and radical new tactics.

In the international matches, they beat Scotland 12-7, then both Ireland and England 15-0. Later in the tour they would travel to Paris and defeat the French 38-8, but it is the clash with the Welsh at Cardiff Arms Park that has resonated down the ages.

Controversy riddled the game, with arguments raging about the appointment of the officials, a late All Black team change, and a ruling at an early scrum, when the referee took issue with a front row innovation of the visitors. A try gave Wales the first half lead before the most contentious decision of all decided the match.

Kiwi legend Bob Deans had made a break and appeared to ground the ball on the line, only for the referee to insist, when he finally caught up with play, that he had fallen short of the white wash. Deans argued, to no avail, that he was dragged backwards having completed the try beneath the posts. Wales held on to inflict a 3-0 win, the visitor’s only defeat on the tour.

Ninety years after that first All Black tour another great Kiwi team was on the brink of a second Rugby World Cup success and their first away from home. Inspired by the giant wing Jonah Lomu, who had run in four tries against England in the semi-final, few gave the hosts South Africa any hope in the final.

However, two days before kick-off nearly two-thirds of the squad were struck by an illness which left many of them bereft and on the floor. Winger Eric Rush even claimed that it would not have been possible to find 15 men fit enough to play had the game taken place a day earlier than it did.

The damage may already have been done because the All Blacks were a shadow of themselves in the final and lost 15-12. To this day rumours persist that the team was poisoned. Some suggest South African skulduggery, others propose the malign influence of betting syndicates.

2003 was not a good year for the South African national team. They had endured record losses to four different nations and were knocked out in the quarter-final stage of the World Cup. Questions were asked in the media and that led to reports of a bizarre team-building exercise ahead of the World Cup.

Kamp Staalraad (or ‘Camp Barbed Wire’) was a military-style boot camp during which players were forced, naked and at gunpoint, into lakes, foxholes and even to crawl across gravel.

Coach Rudolf Straeuli defended the operation, but even the nation’s military forces were among those who condemned and ridiculed it. Straeuli eventually had no option but to resign.

Such is the fury provoked by this chapter in Lions history that when the name “O’Driscoll” is typed into Google it is this moment not Brian O’Driscoll’s glittering career which is suggested as the most likely enquiry.

The Irish centre was at the height of his game on the 2005 Lions tour of New Zealand and clearly key to the visitors chances of success. It was natural that he would be targetted by the All Blacks, but when Tana Umaga and Keven Mealamu hit him with an off-the-ball spear tackle within seconds of the test series beginning, not just landing him on his head, but forcing him down into the ground and subsequently out of the tour, the anger was vehement.

The Lions were incandescent that there was no sanction, during the match or later, and the bitterness has never lessened.

If many scandals remain mired in doubt, this one certainly isn’t. The incident occurred in a 2009 Heineken Cup quarter-final between Harlequins and Leinster, and was prompted by an injury to the home team’s prolific kicker Nick Evans and another to his replacement Chris Malone.

The ruse fooled the ref, but failed to turn the match around. Nonetheless, the repercussions were explosive. Richard was banned, Williams never recovered from the stigma and the reputation of the club was corrupted.

London-based Saracens enjoyed a decade of outstanding success, winning five Premiership titles in England from 2011 and they were no less impressive when venturing into Europe. Indeed, their tally of three Champions Cup successes is a record for English teams.

Their decade of success ended abruptly and sourly in November 2019 when the club was found guilty of a breach of salary regulations. A fine of £5.3 million hurt the bank balance whilst the loss of 35 points more or less guaranteed relegation.

The scandal not only threatened to destroy the legacy of on-field success, it also forced many to question the old adage. Was rugby now a game for hooligans, played by professionals and paid for by white collar criminals? 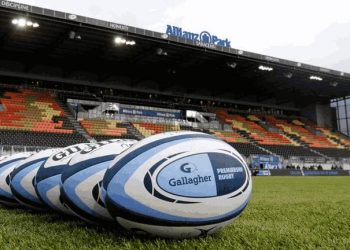 The top clubs in Great Britain and Ireland all focus their attention on two competitions. The English clubs fight it out in the Premiership whilst the top clubs in… 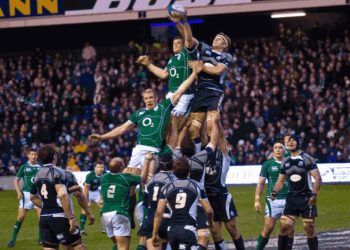 🏉 A Guide to 6 Nations Rugby

For over a century the Six Nations Championship (or Five Nations as it was for much of that period) was the only international rugby union tournament. When that changed,… 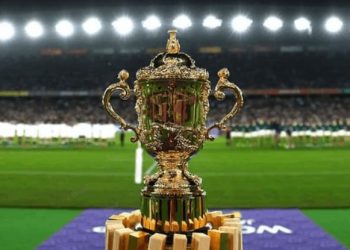 🏉 A Guide to the Rugby World Cup

The first Rugby World Cup, held in 1987, was a relatively low key affair even for diehards of the sport, but from that rough and ready start the tournament has rapidly…