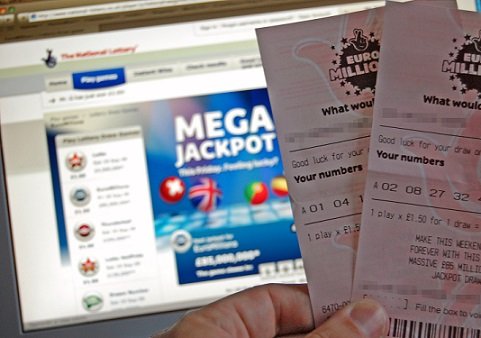 That’s exactly what happened to a lucky person in the UK, who won the staggering sum of £105 million, when they hit the Euromillions jackpot.

The astonishing win coincided with the 25th anniversary of the first time the National Lottery draw was held, back in 1995.

Players in the UK have been on an extraordinary lucky streak this year. The latest Euromiilions win is the sixth to be won by a UK ticket-holder in 2019 alone.

And just one month ago, a UK ticket-holder claimed the phenomenal sum of more than £170 million in the EuroMillions jackpot.

If it’s an individual, they would be among the richest people in the UK – richer than Tom Jones, Ed Sheeran or Adele!

The record-breaking winner beat the record previously set by Colin and Chris Weir, who had claimed £161 million in a tremendous lottery win back in 2011.

Can the winner of EuroMillions remain anonymous?

Unless they make the decision to go public, the identity of the ticket-holder, and whether they are an individual or a syndicate, will remain a secret.

Players in the UK can choose to go for partial publicity, which means that general information such as their age, occupation and where they live are reported, but no other identifying details that could allow people to suss out who they are.

However, they can also choose to remain completely anonymous, in which case not even the area in which the winning ticket was won is revealed.

The only exception is if the prize has gone unclaimed for a long time and the lottery launches a publicity campaign to find the owner of the winning ticket.

One such exceptional case happened in 2012. A winning ticket worth £63.8 million was bought in the Stevenage and Hitchin area of Hertfordshire for the 8th June 2012 draw. It eventually expired without being claimed – which means that the winner may never have realised that they had won several million pounds! Lenny shudders to think of it happening to him…

Do overnight lottery winners get any financial advice?

Becoming a millionaire from one day to the next can be a big shock for many people. If you’ve recently won a lot of money, these are Lenny’s tips to make sure you don’t become a victim of the ‘lottery curse’.

In Lenny’s case, that means continuing to run the best casino affiliate site on the internet – whether he suddenly becomes super rich or not!