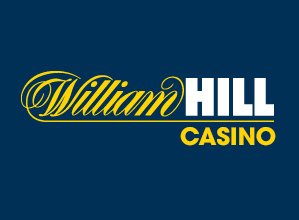 Merger talks between UK sportsbook William Hill and US casino brand Caesars have reportedly collapsed. In an article published by The Times, talks failed after both parties failed to agree on a price.

Rumours first began circulating about a possible merger between William Hill – Caesars last summer. This followed on from the breakthrough US legislation on sports betting. Prior to this sports betting was widely banned in the US making it an unattractive market. Now with the last barriers coming down, UK sportsbooks like William Hill are eying up the US. Partnerships with established US casinos being the preferred market entry tactic. So when it was announced Caesars Entertainment had begun talks with William Hill it was no surprise. A “cash and shares deal” between the two seemed like the most likely option.

The first signs of trouble in the negotiations came around August 2018. Caesars Entertainment had just issued a warning about falling revenues which was received badly. However, negotiations continued into 2019, ending with a collapse last week. So far neither side has expressed any desire to re-enter into discussions.

Prior to this, William Hill has been involved in other merger deals. Back in 2015, the UK sportsbook attempted to acquire global betting group 888. Sadly, this never amounted to anything more than a few boardroom discussions. In 2016, the tables turned when 888 and the Rank Group made a move to take over William Hill. However, the proposed deal was rejected and all sides walked away. Candian betting firm The Stars Group (Amaya) also made a failed offer to acquire William Hill. From 2016 William Hill largely remained on the sidelines watching several competitors join forces.  Deals included Paddy Power – Betfair, Ladbrokes Coral and GVC Holdings.

One deal that did make it over the finish line for William Hill was Eldorado. In Septemeber 2018, William Hill paid $50 million in stock and a 20% stake in its US operations to Eldorado. In exchange, they received a 25-year deal providing sportsbook for Eldorado’s 26 casinos. A strong move which gave William Hill their first major step into the US market.