Euros throughout the years 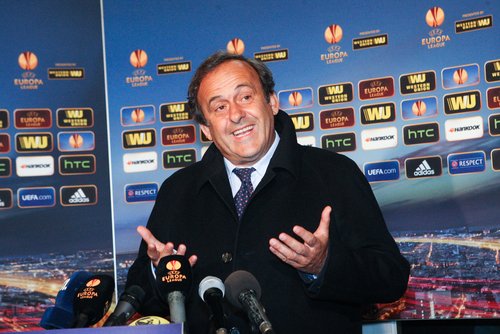 Hi again. So let me guess – you are not a child or a youth, which means that you are actually doing something more with your life than tweeting stupid quotes and posting photos of your breakfast every morning. If Lenny guessed right, we have something in common. Apart from our love for football, of course.

Have you watched the previous Euro championships? Surely you have, but how many? Lenny has seen them all, see. Yup, every single one. And no, I am not 80 years old, but I have bought recordings and watched through hours upon hours of incredible football matches, ever since the first UEFA European Nations Cup in 1960 and 1964. Then, the name changed to the current one, and some crazy stuff started to happen.

Do you think it could be the name? A simple name change that leads to a much cooler, more open competition with unexpected results? During the 1968 EURO championship, lots of awesome (and strange) stuff went down. First of all, the highest attendance of a football match ever recorded was that year. More than 130 thousand people showed up to see England square it off with Scotland. And that was just the qualifying part! Then came the knockout round. Did you know that the semifinal between USSR and Italy ended with a coin-flip? Yup, the judge simply tossed a coin and since Italy guessed it right they went straight to the finals, which they won over Yugoslavia after a replay. Yes, replay! Crazy times, my friend.

One of the coolest championships ever was back in 92´, especially if you do not count the Euro 2012 that saw Italy get humiliated by Spain in the final. Now, the cool part about Euro 1992 was that the tiny country of Denmark failed to even qualify for it. But, luckily for them, civil war broke out in Yugoslavia. You probably remember the horrible images we all saw on the TV at the time. Now, since Yugoslavia could not compete in the championship, Denmark was invited to take their place. And guess what? Denmark won the whole thing! Oh, you should see those golden days of Peter Schmeichel. Yes, the father of Max Schmeichel who just won the Premier League with Leicester City!

Want a few other cool facts? Here are three for you, from the top of my antlered head;