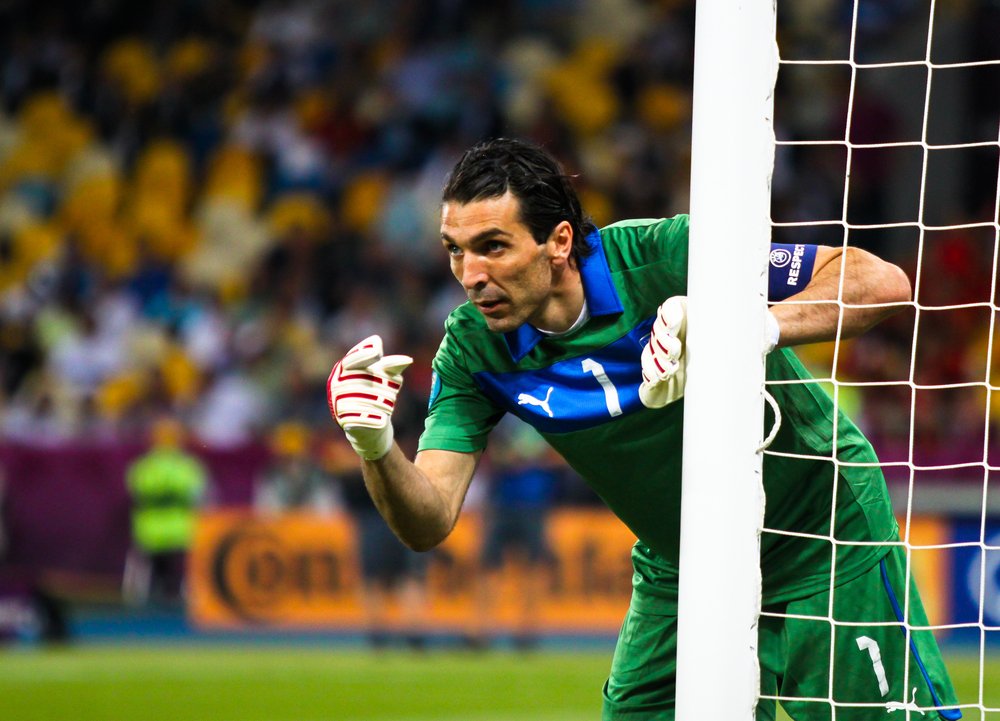 One of the most successful national teams of all times, but some people might be surprised to learn that Italy has only ever won one European Championship. They did feature in the final of the 2012 championship, but they lost very big against Spain. In the 2014 World Cup, they failed to reach the knockout stages, which was a very big surprise.

Goalkeeper: Gianluigi Buffon is probably the biggest legend to be playing in this championship. He has 157 games for Italy and has been one of the best goalkeepers in the world for well over a decade now. The strongest link by far.

Defence: Italy has traditionally been seen as a cynical and defensive team, and some of the world’s greatest defensive legends are Italian. Who can forget Cannavaro and Nesta? But the Italian defenders are not that famous anymore, with the exception of Giorgi Chiellini. But, still – a sturdy link with many good qualities.

Midfield: A slightly better link than the defence, but still some distance away from the top midfields of the championship. It’s a midfield that’s starting to reach its best age, and with that age comes the hunger for success. El Shaarawy and Florenzi is the best examples of this. On the other hand, we have good players with more routine, to lead the way, in Motta and De Rossi.

Attack: The weakest link in the Italian team. None of the strikers in the squad have more than 13 games for the national team, and Italy might have trust the midfielders to score.

Before the championship I would say that Italy is considerably weaker than the other favourites. But after the great performance against Belgium I want to reconsider that. The Italians may have it in them this time.