When Lenny took over Wembley 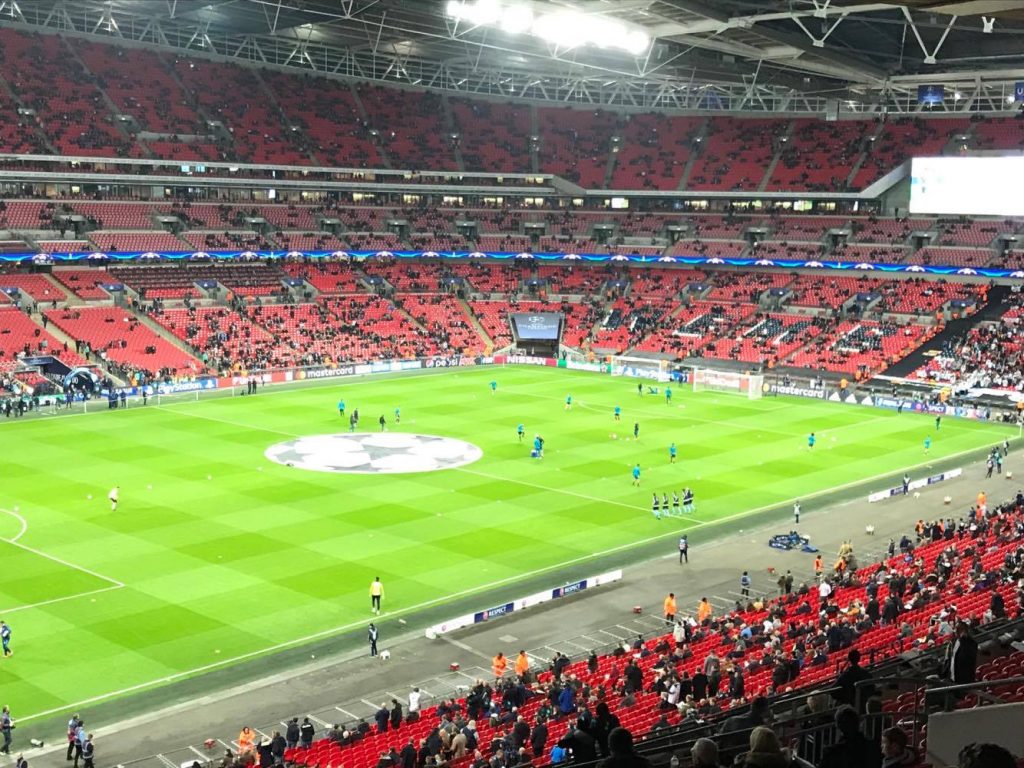 Lenny is well known for being where it happens, and when Real Madrid came to visit Wembley on a Wednesday in November, he was there.

The past month, Lenny has had exciting promotions and tournaments in which players could win flight tickets, hotel and an exclusive invitation to Lenny’s Skybox at Wembley for the Champions League bout between Tottenham and Real Madrid.

Players from Sweden, Norway, Finland, United Kingdom and the Netherlands jumped on their respective flights to London to make way for an unforgettable night at Wembley as Tottenham shook the champions Real Madrid.

Lenny’s friends got to see world-class players such as Cristiano Ronaldo, Toni Kroos, and Sergio Ramos. Footballers that have been dominating the world the past years in one way or another.

After making it to Wembley and enjoying a pre-match meal including Bresaola, Gruyere Soufflé and Salmon in the skybox, the players got to see the much-anticipated game between Tottenham and Real Madrid at Wembley Stadium.

Real Madrid, who won the past two champions league can boast with world class players in every position and the game would mean a lot to the ex-hotspurs Luka Modric and Gareth Bale. Unfortunately, Gareth Bale was sidelined due to a calf injury.

Real Madrid came from a rocky start in La Liga and just lost against Girona and Tottenham had a tough week with losses to both Manchester United and West Ham.

Real Madrid has one of the best troops in the world, if not the best and can boast with World Cup winners, Champions League winners and the Ballon d’Or winner in the mix. Tottenham has slowly built themselves after the sales of Gareth Bale and Luka Modric to become a top team in the Premier League and has very good talents in both Harry Kane and Dele Alli.

Champions Real Madrid came to Wembley without a Champions League loss in five years. That would change as Dele Alli rocked the Spanish side. Tottenham with a slightly injured Harry Kane could’ve probably won with a few more goals as Los Blancos struggled to get into the box and get shots off. Most of Madrid’s’ shots came from outside the box which Hugo Lloris, the French international had little to none problems with. Instead, we got to see an inspired Tottenham Side, and it was just one of those nights where everything went according to plan, a night when Dele Alli nutmegged Sergio Ramos.

Madrid took care of the possession of the ball most of the time, and Ronaldo was proving to be difficult to take the ball from for the Tottenham defenders. Yet, when they won the ball, something always happened. They stepped up to the challenge and excelled.

In the 27th minute, we saw a quick break from the right side from Kieran Trippier as he unleashed a low cross going towards the first post and Dele Alli managed to get a toe to steer it in whilst Wembley exploded in cheer as the score showed 1-0 to the home side.
At the 56th minute, Dele Alli showed again why he is one of the most promising players in England right now as he drove the ball through the centre while a passive Madrid defence tried to close the gap. He unleashed a shot that luckily hit a covering Sergio Ramos to completely change direction and go in to make it 2 -0 for Tottenham.

The Spurs were playing very comfortable with a 2-0 lead and could focus their attacks on counters. And at the 65th minute, we saw a perfect set up counter-attack and again, a Dele Alli that showed that he can hurt any defence in the world if he’s in the right mood as he found Harry Kane with a through ball. Harry Kane then slowed down the pace only to find the Danish magician Christian Eriksen perfectly beating the offside to make the score 3-0.

Real Madrid upped the pressure on the home side but if Hugo Lloris wasn’t in the way, Jan Verthongen and Toby Alderweireld were making sure that the attempts were coming from afar.
And then it happened, In the 80th minute a ball drops in the Tottenham box and after a crazy sequence where everyone was looking for the ball, it landed just by Cristiano Ronaldo that could drive it in behind Hugo Lloris to make it 3-1.

A magical night for Tottenham and one that will go down in history as the home side managed to rock the European giants and take home 3 points. It was a bittersweet return for Luka Modric as he got to play against his old team but without making a real impact on the game.

If that wasn’t enough, there was also a magician in the skybox, perhaps his magic fueled Tottenham to surpass Real Madrid.

Thanks to SuperLenny’s app, the players could easily place in-play bets on the game outcome whilst watching the game from the skybox in legendary style.

For the lucky players at SuperLenny that got to witness this historic night from a Tottenham perspective, it was a great moment and when we asked if they enjoyed the evening, one of the players said:

“Thanks for a great trip SuperLenny, I had an amazing time in London”