Will Cristiano Ronaldo be the Euro ’16 top scorer? 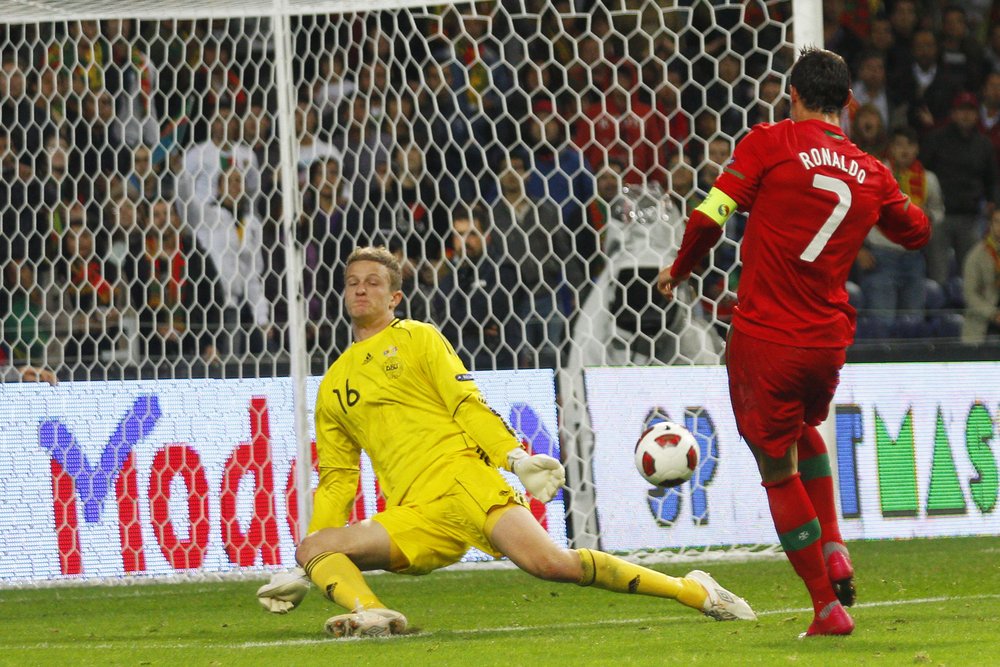 There are many meta-competitions within the tournaments at the Euro 2016. The one with the most prestige attached to it is the quest to be the top scorer. And one of the absolute favourites to win this is Portugal’s Christiano Ronaldo, one of the world best players, regardless of position. To find out if he will be the top scorer at the Euro 2016 we have to consider his form, his team and their fixtures.

The biggest obstacle on Ronaldo’s path to becoming the top scorer is the team that he’s playing for. Portugal is one of the better teams of the tournament, but they are very far from being among the top teams. Apart from the biggest favourites – France, Germany and Spain – we also have to consider Belgium, England and Italy to be stronger teams than Portugal. On the other hand, Portugal will face some very weak opponents in the group stages, which might give Ronaldo a flying start in terms of goals scored.

Since his move to Real Madrid in 2009, Ronaldo has actually scored more goals than he has played games. That kind of statistics is reserved only for the absolute top players. He has scored more than 50 goals in all of the last six seasons. In the national team however, he has “only” scored 58 goals in 126 games. We must remember that he does not have the same kind of teammates around him here, and even Ronaldo relies on his teammates. In the qualifications he was not even close to being the top scorer with his five goals.

So will he be top scorer?

The winner of group F, probably Portugal, will face the runners-up from group E, probably Belgium or Italy. Everything considered, both of these teams have better qualities than Portugal. This means that Ronaldo most likely only has four games to score enough goals. I simply don’t think he will get enough games.