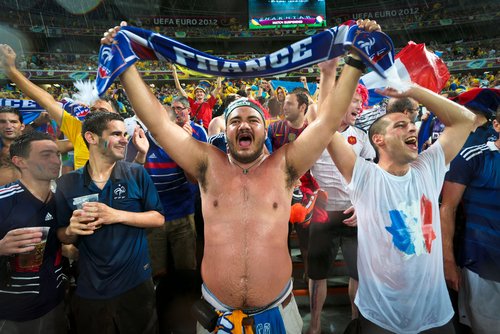 Third-place play-offs are often curious affairs, featuring two teams who almost invariably would rather be at home. Massive underdogs such as South Korea and Turkey in 2002 are happy to embrace the bronze-medal match, but any sides with serious ambitions of winning the trophy view it as an inconvenience which merely exacerbates the heartache of missing out on a place in the final. That is precisely the emotion which will be felt by fans and players of both Belgium and England when the duo lock horns for the second time at this World Cup on Saturday afternoon.

The Red Devils’ 2-1 victory over Brazil in the quarter-finals felt like a coming-of-age moment for this so-called Golden Generation, as well as vindication for a manager in Roberto Martinez who has never really earned the full trust of Belgium supporters since taking charge in 2016. Their semi-final with France was a hard-fought affair, but a 1-0 win for Les Bleus felt like a fair result, with Belgium ultimately unable to breach their opponents’ backline. Eden Hazard, Kevin De Bruyne and Romelu Lukaku will all come again in four years’ time, but it is hard to shake the feeling that this was the last chance for the likes of Vincent Kompany, Jan Vertonghen and Axel Witsel.

The majority of England’s squad will still be around in 2022, but whether or not they get a better opportunity to win the World Cup than this summer remains to be seen. The Three Lions exceeded expectations by reaching the last four, with Gareth Southgate imbuing the team with a new, modern identity and helping to reconnect the players and the fans. In the end, though, they were not quite good enough to reach the Moscow showpiece, with Croatia deservedly running out 2-1 winners on Wednesday. There is plenty for Southgate to build on, but England’s wait for a first major trophy on foreign soil goes on.

It is always tough to predict the outcome of third-place play-offs, but goals are likely to be on the cards as both Belgium and England look to go out on a high. Back over 3.5 in total at 29/20.

And then there were two. Thirty-two nations entered the World Cup less than a month ago, but only France and Croatia are left standing after a pair of absorbing semi-finals in midweek.

Didier Deschamps’ charges overcame Belgium 1-0 in their showdown on Tuesday, as Raphael Varane’s headed goal proved decisive against their neighbours. There is still a widespread sense that this French side is capable of more given the attacking talent at their disposal, but Deschamps is a naturally cautious coach and that has shown in his team’s displays in Russia this summer. France are perfectly happy to cede the initiative, get bodies behind the ball and then play through the likes of Paul Pogba, Kylian Mbappe and Antoine Griezmann in transition; they do not dominate matches in the manner they are probably capable of, but it is hard to argue with an approach which has put them within one win of a second World Cup trophy.

The extent of Croatia’s achievement should not be underestimated. This, after all, is a nation of four million people who were drawn in one of the most open groups in the first round of this competition. Zlatko Dalic has also had to deal with off-field issues back home, with many Croatians refusing to support the national team heading into the tournament and the likes of Dejan Lovren and Luka Modric hugely unpopular among some sections of the public. The Vatreni were second best against England in the first half, but they battled back admirably after the break and were ultimately good value for their 2-1 victory after extra time.

It is not too difficult to envisage this game unfolding like Les Bleus’ semi-final did: nick a goal and then bank on your defensive solidity to get you over the line. Croatia have now played 120 minutes of football in each of their last three games, and that could further swing the balance in the direction of their opponents. Back France to win the World Cup final without conceding at 8/5.