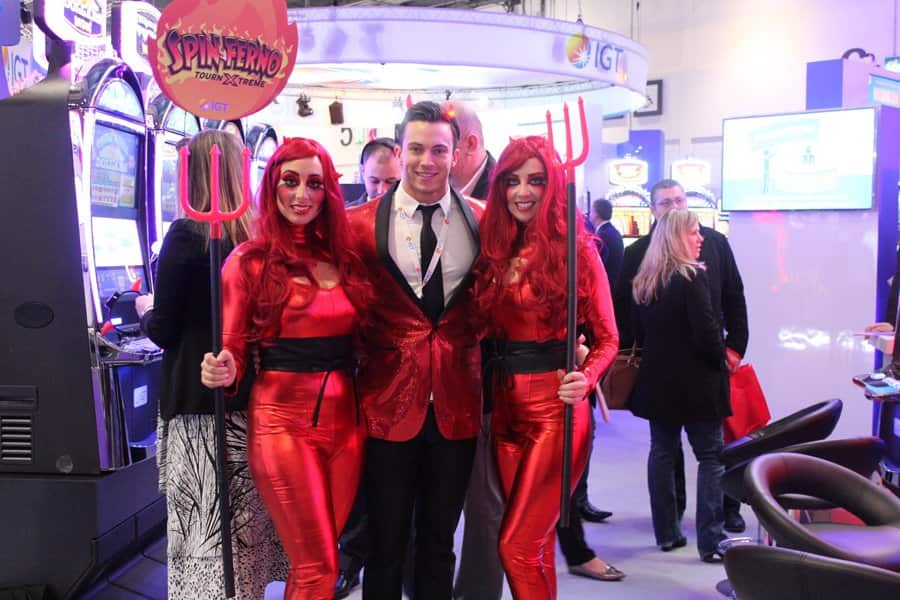 ICE London is attended by various professionals across all sectors of gaming. The future of Gaming is explored and revenues are driven through valuable meetings and networking opportunities. A global network of Gaming professionals across the industry meets, Gaming industry leaders discuss through inspirational talks and panel discussions about overcoming challenges and capitalising on market opportunities take place. New product launches take place, such as GiG Core which is a player profile management system, with integrated KYC tools for verifying players.

Many of the exhibits at the ICE London event held at London’s ExCel Centre, were fronted by models in highly sexualised or revealing outfits. This was noticed by Politicians who have raised eyebrows over the use of the said revealing outfits models wore and racial stereotyping, despite a pledge made by the event organiser to improve the gambling industry’s annual trade show. Labour MP Carolyn Harris said the use of scantily-clad women was “archaic and beyond disrespectful”.

“Gambling firms are currently free to advertise their products and market their companies in a free way,” said the Lord Bishop of St Albans. He also added that the gambling industry was wrong to rely so heavily on sexist imagery.

At least two exhibitors deployed white actors dressed in stereotypical East Asian or Egyptian costumes, promoting gambling products such as slot machines or touchscreen roulette. When asked, the women were said to have been hired through modelling agencies.

All this came about just two years after it was revealed that the industry firms were blatantly ignoring a call by the UK Gambling Commission’s then chief executive, Sarah Harrison, to crack down on sexist imagery. A particular firm openly displayed its partnership with Playboy at a stand which was led by women dressed in the extraordinary famous “Bunny” outfits which were made famous by the 1960s Playboy clubs and casinos.

Just days after Harrison’s comments, it was revealed that guests at the 2018 event were entertained by pole dancers followed by a Playboy-themed show, and hostesses claiming to have been harassed and propositioned. The event’s organiser, Clarion Gaming, had promised to take control of the issue to avoid a repetition of the event, with chief executive Kate Chambers promising “cultural change”.

While in this year’s show there is no pole dancing display, many of the stands are still using women in revealing costumes as display models, while business conversations primarily took place between men in suits.

One company, Bulgaria’s EGT Gaming, also hired western actors dressed as stereotypes of Chinese or Egyptian people. Several models in catsuits spent most of the day posing for pictures with suit-clad men beside slot machines.

Interblock, which makes automated casino table games, demonstrated a partnership with Playboy at a large booth where at least six women dressed as Playboy “bunnies” were available to pose for pictures with exhibition delegates.

International gambling company FBM hired a woman dressed in what appeared to be traditional Japanese costume, including the white makeup often associated with geishas. The model was not Japanese.

The Gambling Commission said it was for Clarion Gaming to enforce its code of conduct, in which Clarion Gaming chief executive Kate Chambers said Kajot was in breach of the event’s code of conduct but that the other firms were not. Criticism of behaviour at ICE came on the same day that the bosses of the UK’s largest gambling companies were grilled by a House of Lords select committee over controversies including VIP schemes, the use of non-disclosure agreements and advertising.