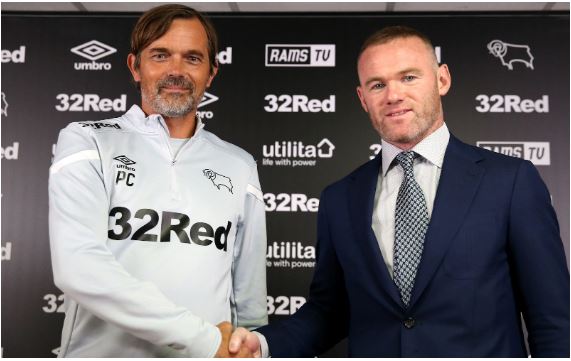 News of the footballer’s involvement, with 32Red, generated wave after wave of criticism, not in the least from the shadow sports minister, who stated that the relationship between gambling operators and football is too widespread unmanageable.

32Red is a Giblartar based betting company, who is also a shirt sponsor of Derby County, the football club, where Wayne Rooney is transferring. Rooney is going to wear the number 32, supposedly in honour of the partnership between the football club and the online casino. The betting firm has offered Derby County a better sponsorship deal due to Rooney’s transfer to the club.

Needless to say, both Derby County and Wayne Rooney have been criticised for their association with 32Red.

All this, amid increasing criticism of the UK Gambling industry in general. Already in June, Lenny reported on the statistics published by The Guardian, which wrote that a stunning percentage of “Nearly 60% of the clubs in England’s top two divisions will have gambling companies on their shirts this season – nine of 20 in the Premier League and a staggering 17 of 24 teams in the Championship.”

As knowledge of sponsorship agreements between sports clubs and gambling companies is coming into the light, campaigners and lawmakers alike criticise these partnerships. Calls to end these relationships are the only a few voices among the concerns that having gambling brands feature on football player’s shirts normalises gambling and has the potential to make football fans think that gambling is always completely harmless.

Late last year, the UK Gambling Commission published the ‘Gambling advertising and sponsorship rules reminder for operators’, which details the rules gambling-related advertising has to abide by. Despite the criticism and new advertising rules however, this season will not be distinguished by many changes on the ground.

One of the reasons why, is underscored in the case of the Skybet TV advertisement, which the Advertising Standards Authority (ASA) issued a ban for, only to overturn it a few months later. The ad featured a football presenter Jeff Stelling asking “how big is your sports noggin?” and the premise for the ban was that it implied that good knowledge of sports could increase the chances of success in gambling. Skybet successfully appealed the ruling.

The sponsorship of Wayne Rooney’s transfer to Derby County has taken the relationship between football and gambling to a whole new level, with 60% of Premier League clubs featuring gambling brands on their jerseys during the 2019/2020 season.

What’s more, during the 2019/20 season SkyBet Championship, 14 out of the 24 teams participating, will bear the logos of gambling companies. Additionally, Two League One teams and as many as three League two clubs have shirts sponsored by gambling operators.

Among Premier League football clubs, whose shirts are sponsored by gambling operators are the following: