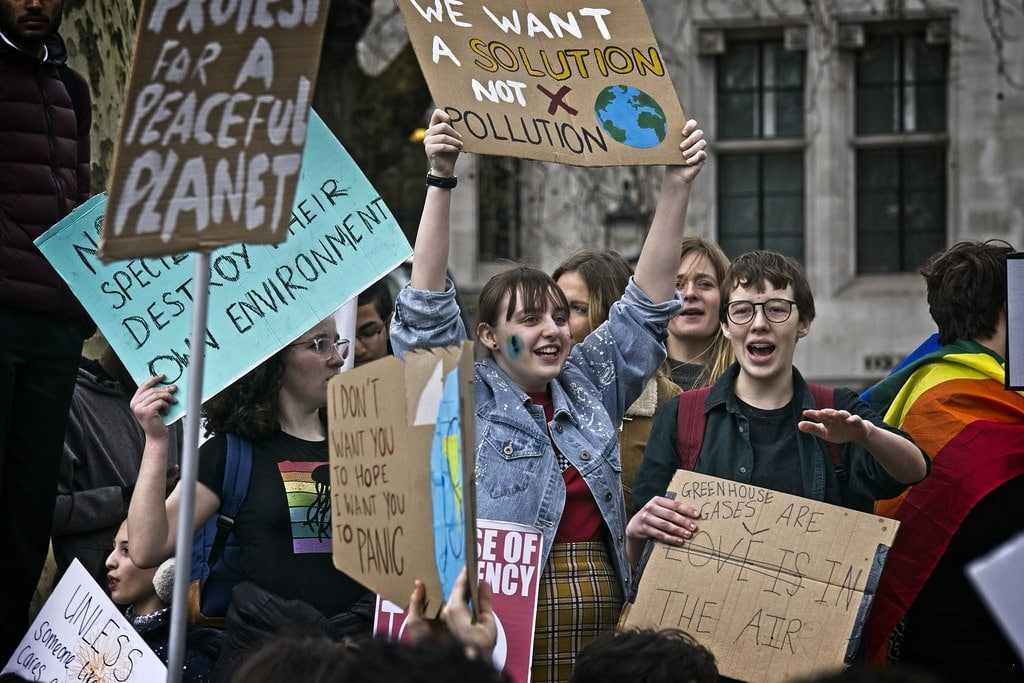 Greta Thunberg has been a somewhat divisive figure. Whilst she has definitely managed to garner the support of many, others, including Donald Trump, Jeremy Clarkson, and a considerable number of keyboard warriors have taken a sceptical, if not downright aggressive, stance when it comes to the 16-year-old Swede. Greta has long fought for action on climate change, with her crusade recently taking her in front of the United Nations as they met to discuss the subject. Due to her strong passion for seeing the world a better place, Greta is now the favourite to win the Nobel Peace Prize for 2019. Looking at the bookie’s charts we can see a few other strong contenders, but very few of them have enjoyed the media coverage that Greta has had so far.

With the exception of Malala Yousafzai, few winners in the last 10 years have enjoyed the same level of media’s attention as Greta. This is not to say they were unworthy of the prize, indeed they all have powerful stories behind them, be they good or bad. Last year, for example, the bookie’s favourite was none other than North Korea’s Kim Jong Un. Praised for his efforts in reducing border tensions between the two Koreas, he ultimately lost to Denis Mukwege and Nadia Murad – a doctor and a campaigner working with war victims who suffered at the hands of ISIS. Looking at the bookmakers’ favourites for the 2019 prize, Greta faces tough competition from people and organisations fighting for good causes. With some differences between bookmakers as to who the top contenders are, a few patterns do, however, emerge.

What is the Nobel Peace Prize?

Each year, a committee selected by the Norwegian Parliament hands out 5 Nobel Prizes one of which is the Nobel Peace Prize. Started by Alfred Nobel himself, the first Nobel Prizes were awarded 118 years ago in fields as diverse as physics, chemistry, medicine, literature and, of course, peace. The prize includes a certificate, a gold medal, and a cash prize which can vary in value. Last year, the cash prize stood at almost £900,000. It is well worth noting that neither nominees nor nominators are ever made public. These names are kept hidden by the committee with only the winner being announced. This means that all of the contenders favoured by the bookies are of a purely speculative nature, although to be fair they have made some good guesses in the past.

It is well worth taking the time to look at some statistics. These will help us get a clearer picture of what has been going on in the world of the Nobel Peace Prize. It might also give us a clearer picture of what we can expect. Since its inception, there have been 99 Nobel Peace Prizes awarded to a total of 133 winners – 24 organisations and 106 individuals. Of these, 67 were individual laureates, 30 were shared between 2 winners and 2 were shared between 3 recipients. The youngest winner was 17 years old with the oldest being 87, and 17 in total were women. There have been a few years without any winners. This is because the committee reserves the right to not award any prize if they feel no one did a good enough job.

What are the bookmakers saying?

We’ve checked what the top bookmakers are saying and the decision is unanimous. Greta Thunberg is the favourite for this year’s award. While odds do fluctuate daily, a snapshot view shows Greta sitting comfortably as the top choice at most bookmakers. Most other contenders pale in comparison (odds, not achievements, that is). In all cases, Abiy Ahmed, the Ethiopian prime minister trails a close second thanks to his reforms in the sub-Saharan country. Raoni Metuktire (Native Brazilian Indian environmentalist) and Jacinda Ardern (New Zealand Prime Minister for her response to the Christchurch massacre) are both close contenders. Other potential nominees include, among others, the UNHCR, The Arctic Council, Pope Francis, Reporters Without Borders and Doctors Without Borders. All these contenders have done their bit and then some, in one way or another, to improve the situation in our communities and the world at large.

Betting on the Nobel Peace Prize

Betting on the next Nobel Peace Prize winner is easy. Simply pick your favourite bookmaker or check out our reviews for great deals with amazing casinos. Next, make sure that betting on the Nobel Peace Prize award is available at your chosen site – not all sportsbooks offer this. If it is, great! Next, you’ll want to make sure you have the best odds, so do take the time to shop around. It might be worthwhile switching all of the different odds to the same format, which may differ from how the sportsbook lists the odds by default. This will help you make sure you’re not comparing apples with oranges. Once you’re satisfied you’ve nabbed the best odds, go ahead and place your bet. New to betting? You might also be eligible for joining bonuses!

There are quite a few different sportsbooks offering odds on Greta Thunberg winning the 2019 Nobel Peace Prize. See the list above for a few examples that may help you decide which sportsbook to bet with. As the date for announcing the winner approaches, make sure to double check those odds before placing a wager. To be on the safe side, check your chosen sportsbook is regulated by the UK Gambling Commission (UKGC), so you know you’re covered if there are any issues. If this is your first time betting, compare the welcome bonuses that many Sportsbooks offer to new customers signing up. Betting on sports, and other world events, can be fun with many sportsbooks offering other bets such as when the next UK election will be, as well as a number of BoJo specials that can make many otherwise drab events more entertaining.

When will the result come out

The first of the 2019 Nobel Prize winners will be announced on Monday, October 6th. The 2019 Nobel Peace Prize winner (or winners, you never know) will not be announced until Friday the 11th of October at 11:00 am (Oslo time) concluding th week of Nobel Prize announcements. This means that there isn’t much time left, so if you’re looking to place a wager on the Peace Prize, better get it done sooner rather than later. The Nobel Prize website – nobelprize.org – will provide a live stream from the announcement ceremony, which will include information about the prize and exclusive interviews with both the new Nobel Laureate(s) and Nobel committee members. This yearly event is one that is well worth watching, even more so if you have placed a bet on whom you think will manage to nab this year’s prize.

The awarding of the Nobel Peace Prize is an important event that aims to recognise individuals or organisations who have, in one way or another, contributed to peace. We might not always agree with their methods or political ideology, but we can all agree that more peace is something we need. In fact, the entire range of Nobel Prizes is worth our attention as people all over the world work tirelessly to improve our lives and propel humanity forward. To this end, Greta Thunberg has been an exemplary model. She has gone above and beyond what most citizens have done in addressing a problem that affects us all. Whilst some, if not many, people will debate whether climate change is a fact or fiction, the need for cleaner and more sustainable energy is agreed by all. Any steps forward in this regard should be applauded