Odds on Ole Solskjaer getting sacked 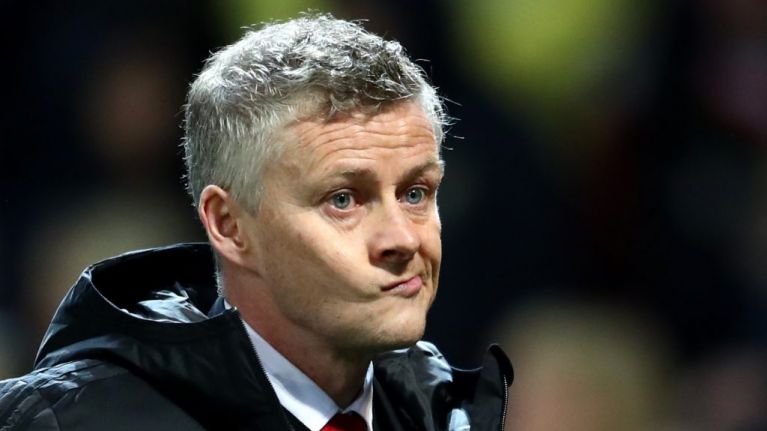 Manchester United are having a bad year

Manchester United have not been performing at the top of their game for a few years now. Once the darlings of the Premier League, this team has fallen far. Just last year Jose Mourinho was given the boot, and it looks like less than a year later, his successor, Ole Solskjaer may be following in his footsteps. Barely into the tournament, Manchester United have already lost most of their games winning just 2 out of their 6 Premier League games, as well as just scraping past Rochdale in the Carabao Cup.

Needless to say, when a team fails, it’s the coach that is blamed and Norwegian Solskjaer is taking the brunt of that right now. In fact, so much so that bookies are already dropping the odds on him being given the sack by the United Board before Christmas even rolls around! Solskjaer was actually appointed as manager on a permanent basis just this March 2019. However, at the start of the season, the odds he would be leaving by Christmas were already sitting at 25/1. With the season now well underway, and United woefully underperforming, those odds have plummeted.

As of right now, the outlook is bad for Solskjaer, with bookies sitting him at 7/2 to be axed before the 25th December arrives. In fact, the odds are even lower than that, sitting at just 2/1 that he will be gone before the season ends, leaving fans in serious doubt about the future of both Solskjaer and their club. What’s even worse is that reports are that the odds could drop even further, giving rise to the growing belief that the Norwegian is simply not the right fit for Manchester United.

But it's not all bad

While not the start Solskjaer would have wanted, he did come into the team when it was already on the way down. Currently Manchester United is sitting at eighth position in the Premier League table, which is just two points above relegation. However, two of the games they’ve lost have been a home game to Crystal Palace and an away match to West Ham. On a more positive note, the two games that they have won were potentially the hardest games they have played thus far and show what can be achieved.

These games were played against Chelsea and Leicester, although both were home games giving them that additional fan base advantage. But at this stage, a win is a win! However, a win is not always a great thing. For instance, the match against Rochdale, their League One opponents, went down to the wire in what can only be described as a lacklustre performance from United. In the end, they scraped the win by 5-3 in the penalty shootout. It’s a serious cause for concern and the club may well see the back of Solskjaer soon.

Who could be manager next?

If Solskjaer is to go, although this is not guaranteed, there are a plethora of candidates ready and waiting in the wings to take over the role. If we take a look at the leaders, then Mauricio Pochettino is the top favourite sitting at an impressively low 5-2 favourite. A close second is Massimiliano Allegri at 5-1. However, with Unai Emery‘s spot at Arsenal also in doubt, Allegri is actually favourite to take over in that job too. Seems like Allegri has got the full pick of where to go if the football sack race continues.

Erik ten Hag and Brendan Rodgers are also close contenders for the Manchester United managerial position, sitting at 7-1 and 10-1, respectively. Numerous other names are also being bandied about, such as the likes of Arsene Wenger and Gareth Southgate. If you’re interested in looking at the wider market, then the two massive outsiders are Roy Keane and Gary Neville, both at 100-1. These latter bets are unlikely to pay out, although things can be surprising, especially with a number of coaches all potentially leaving their jobs before the year is out.

As the bookies odds are demonstrating, it’s likely that Manchester United will make a move for the London-based Pochettino. However, the manager is currently holding a position at Tottenham Hotspurs, although Spurs too are not doing quite as well as one might have expected at this stage. If Manchester United were to seek him out, they would have to pay the Spurs club a whopping £32 million in order to cover the remaining part of the contract that he holds with that team. He might not make the switch either even then.

But it seems, in the current manager sack race that’s underway this season, even Pochettino is not safe. While the favourite manager to be sacked this year is Marc Silva of Everton, Pochettino is running a close second at 4-1. Maybe Spurs will be happy to see the back of him and let him head on over to United, especially if they get that whopping pay off in the process. Fans, in particular, are urging for this to happen, excited that a Pochettino sacking will see Manchester United instantly snap him up and drop Solskjaer.

It’s been a rocky season this Premier League for a number of the top teams. As a result, this year’s managers’ sack race is rather an exciting one. Solskjaer isn’t even heading the leader board at the moment. But given Manchester United’s poor performances and a fan-driven drop in the odds for his likelihood of getting sacked, it would seem that his future before Christmas is not that bright. Lenny thinks if the fans get their way, he’ll be gone before the major game against Liverpool, replaced by the likes of Tottenham Hotspur’s Pochettino.