? The Schroders Battle of the Brits 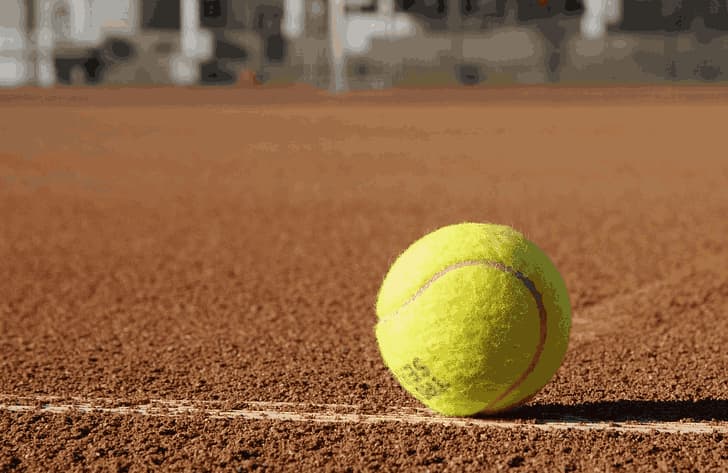 There aren’t too many players on the ATP Tour who possess the same forehand power as Edmund and there is no doubt that shot is a serious weapon for a player who reached the Australian Open semi-finals in 2018. A first ATP title arrived in Antwerp later that year – on an indoor hard surface similar to the one which will be used at the Battle of the Brits. Edmund hit a career-high ranking of 14 that year but has since slipped back. Part of GB’s Davis Cup-winning team of 2015, Edmund belongs to an exclusive club of players who have also won the junior team competition, one which also includes Grand Slam winners Rafael Nadal, Albert Costa and Yevgeny Kafelnikov.

The Scot needs little introduction, such are his achievements in the game. A three-time Grand Slam winner and former world number one, Murray holds claims to be regarded as Britain’s greatest-ever sportsman. After four defeats in major finals, Murray famously broke his Grand Slam duck at the 2012 US Open by defeating Novak Djokovic and he repeated the trick at Wimbledon the following year to end another GB drought. One the best returners the game has ever seen, Murray added another Wimbledon title in 2016 but the following year injury struck with hip-replacement surgery following. Now in career 2.0, Murray defied many expectations by winning an ATP title in Antwerpat the end of 2019 but he arrives at the Battle of the Brits having not played since November, again due to injury.

Broady was once one of the best junior players in the world, reaching the final of both Wimbledon and the US Open at that level. He also won two junior Grand Slam doubles crowns but was one of many who found the step up to senior level a steep one. The left-hander’s highest ranking has been 154, achieved in 2018. Hails from Stockport, the town which also produced the legendary British player, Fred Perry.

Another member of Great Britain’s victorious Davis Cup team of 2015, Ward is probably best known for his epic five-set win over American John Isner which saw GB through the first round of that year’s competition. Cracked the top 100 that year but has had to endure struggles since, losing his coach to cancer and then suffering a serious knee injury which required surgery. Ward is yet to return to the heights of 2015 and would appear to be in the twilight of his career. The Londoner has often delivered on home soil though and, playing on his favourite hardcourts, will look to cause an upset.

The current British number one does not possess the power of many of his contemporaries on the ATP Tour but he makes up for it with the variety in his game. An excellent slice helps keep some of the bigger hitters at bay, while Evans is also more than adept at delivering serve-and-volley tactics, often to surprise his opponent. Following a strong start to 2020, including a semi-final appearance in Dubai, Evans hit a career-high ranking of 28 in March. Previously known as the ‘bad boy’ of British tennis, a chequered past includes a drugs ban for cocaine use in 2017.

The left-handed Norrie came into the professional ranks via the American collegiate tennis system and he has transitioned well onto the ATP Tour over the past two years. His best results have come on hardcourts, although he has also proved his claycourt prowess – his breakthrough win came in a Davis Cup tie in Spain when he beat Roberto Bautista Agut. Made his first ATP final in Auckland in 2019 and a few months later climbed into the top 50 for the first time. Looks to be one of the best-prepared players for the Battle of the Brits having spent 10 weeks training in New Zealand during the coronavirus lockdown.

At just 18, Clarke grabbed a moment in the sun in 2017 when he and partner Marcus Willis stunned the defending doubles champions, Nicolas Mahut and Pierre-Hugues Herbert, at Wimbledon. Since then, the Derby youngster’s tennis life has been somewhat less glamorous as he put in the hard yards in bid to make it to the top. Two titles have been claimed on the second-tier Challenger Tour, suggesting Clarke will be able to crack the top 150 which he has sat on the cusp of for some time. The right-hander comes from a strong tennis family with dad Earol, sister Yasmin and brother Curtis all involved in his coaching set-up.

One of only five 18-year-olds in the world’s top 300, there are plenty of hopes resting on the shoulders of Jack Draper as British tennis seeks to find a new star. Draper, son of former LTA boss Roger, showed his talent in 2018 by reaching the final of Junior Wimbledon. He’s since begun to forge his career at senior level and has already garnered seven ITF titles, including one in Sunderland earlier this season. Will doubtless learn much being around his higher-ranked compatriots over the coming weeks.

Dan Evans and Kyle Edmund head up the two round-robin groups and both hold strong claims of winning the Battle of the Brits title, especially the former who started 2020 so well before the COVID-19 pandemic took hold.

However, the proven talent of Andy Murray cannot be ignored, although even the man himself admits he’ll be happy to get out of his group with this event being his first in seven months.

Perhaps Cameron Norrie can go all the way given he looks arguably the best-prepared of the octet, the South African-born star having spent a large part of lockdown practising in New Zealand.

The winner looks likely to come from those four.