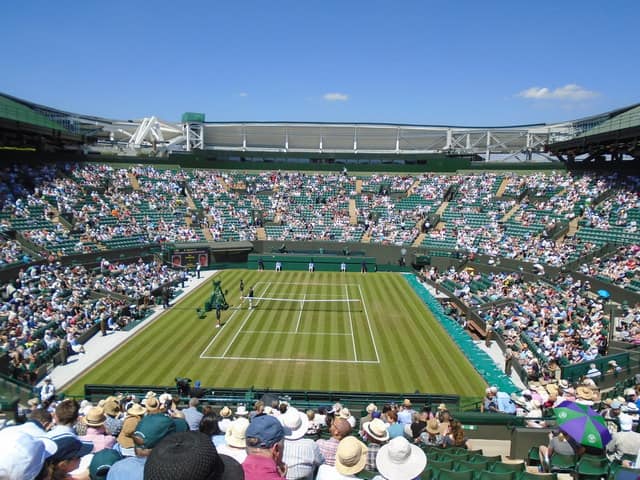 After a somewhat slow start to the British summer, one of the season’s highlights is about to get underway. Wimbledon has long been a staple of summer, and the Wimbledon Championships are right around the corner. Starting on Monday, July 1st the tournament will last until July 14th. Giving tennis fans a fortnight of top-level tennis action. However, the latest announcement by a number of sportsbooks including William Hill may dampen some spirits. That is that a number of ante-post bets have been cancelled. This news will also come as a double blow to some, following the move on Tuesday 25th to stop taking bets from Swiss customers.

What is an ante-post bet?

For anyone who doesn’t know an ante-post bet is a bet placed at least four days ahead of the event. It is a long term bet which many punters use in their favour to gain better odds. Ante-post bets are particularly popular in horse racing and football. In order to be successful with this type of bet, the person must hold some level of knowledge about the event. For tennis, this would include looking at how players performed in the other tennis opens before Wimbledon. By having, this information a punter can make a more informed or “strategic” bet.

Yes, it is perfectly legal for a sportsbook to void ante-post bets even at short notice. William Hill’s decision comes after several other bookmakers took similar actions earlier this year. Former Dublin based operator BetBright ceased trading just before the Cheltenham Festival in March. BetBright’s ante-post bets would also have been voided if it wasn’t for 888.com. 888 took on BetBright’s ante-post bet liabilities as they had acquired BetBright’s technology platform at a cost of £15 million. This move saved the ante-post bets of many horse racing fans who would have otherwise lost out. Unfortunately for the punters whose bets have been voided by William Hill, no such deal is on the horizon.

What about from a regulatory perspective? Usually, the first port of call for these consumer issues in the UK is the UKGC. Following an investigation back in March into BetBright’s ante-post bets situation, the UKGC took no further action. In comments issued a UKGC representative said they were “satisfied” with how BetBright handled the situation. For many punters, this will come as cold comfort. Especially, those who could have potentially lost out on huge Cheltenham payouts. William Hill’s Communication Director Ciaran O Brien made this comment to Gambling Insider “All customers will receive refunds, or if they are sitting on a major price change we will refund them at the latest cash out value, even if there’s no cash out market.”