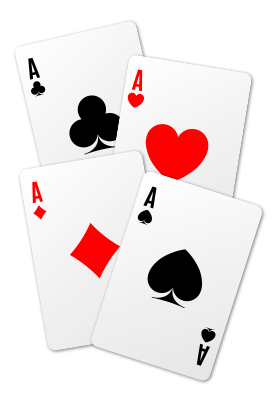 On this page, we will take you through how to play a famous casino live game called Monopoly. This is a live game. Imagine playing the classic Monopoly but with bigger prizes!

What is Monopoly Live?

With so many games developers pumping out content for the online casino space these days, there are few things that get us truly excited about the launch of a new game anymore. One of the exceptions to this is Evolution Gaming, and when it releases a new game, we know to pay attention.

To produce this game, Evolution Gaming partnered exclusively with Hasbro, publisher of the world-renowned Monopoly board game. This partnership brings with it an unparalleled level of authenticity, and fans of the classic board game will find themselves very much at home with this latest release. Monopoly Live is truly a unique gaming experience and combines augmented reality, stunning visuals, an exciting bonus system, and premium payouts that will keep you coming back for more!

Where can you play Monopoly Live?

There are a number of different online casinos that are currently offering Monopoly Live, and most online casinos that currently host Evolution Gaming titles should provide you with access to Monopoly Live. You can find these by doing a simple Google search, but if you would prefer to avoid the hassle of trawling through pages of search results, using a review website such as SuperLenny is a much more efficient option. To do this, simply head over to SuperLenny and search by game type or developer. Once you have found a website offering Monopoly Live, click the link to get taken straight through to the casino and get playing within minutes.

How do you play Monopoly Live?

Monopoly Live is for the most part a classic money wheel game. This means that the gameplay centres on a giant money wheel divided up into a number of segments. In total, there are 54 segments, with most of these numbered as either 1, 2, 5, or 10, while four segments are marked as either ‘2 Rolls’ or ‘4 Rolls’. In addition, there are two ‘Chance’ segments.

The gameplay is very simple, and the rules can be picked up pretty much instantly. To get playing, all you have to do is place a wager on what segment you think the wheel will stop at when it comes to a stop. This can be either 1, 2, 5, 10, ‘2 Rolls’ or ‘4 Rolls’. The numbered segments will pay out according to their numerical value. This means that if you bet $10 that it will land on a 2 segment, you will get $20, and so on. If the wheel stops on a ‘Chance’ segment, players are presented with a ‘Chance’ card by Mr Monopoly himself, with the card containing either a random cash prize or multiplier bonus. If the ‘Chance’ card shows a multiplier bonus, all player bets will remain in place for another round and the host spins the wheel again. If you win in the next round, you will get an additional multiplier bonus to the value of whatever the ‘Chance’ card showed, in addition to the segment multiplier you wagered on.

Can you win a jackpot on Monopoly Live?

As Monopoly Live is a money wheel game, there isn’t a traditional ‘jackpot’ like in other classic casino games such as slots. There are a number of top prizes up for grabs, however, if you enter into the bonus round when you land on a ‘2 Rolls’ or ‘4 Rolls’ segment. This gives you the chance to win some eye-watering multipliers that go into the hundreds!

Although we love all the familiar money wheel action in the main part of the game, most of the excitement is to be found in the Monopoly Live bonus round, which is where all the action goes down!

The Monopoly Live bonus round is a truly unique experience and features a 3D, augmented reality game board that replicates the classic Monopoly board layout. Fans of the Monopoly franchise will find all the familiar sights from the classic game here, including street names, skyscrapers, hotels, houses, and even a hot-air balloon or two. Once you are in the bonus round, a special set of dice gets rolled and an animated Mr Monopoly walks across the board. Here, you have a chance to win multipliers of up to x100, including cash prizes taken straight from the community chest.

Although only players who correctly guessed the ‘2 Roll’ or ‘4 Roll’ segment get to actually take part in the bonus round, any players in the game can watch the action unfold in real time.

As we have come to expect from Evolution Gaming, the audio-visuals in Monopoly Live are truly second to none. Monopoly Live features incredibly immersive augmented reality that gives you a truly unique playing experience.

Monopoly Live games are hosted live from Evolution Gaming’s dedicated studio in Riga. From here, live games are broadcast in high definition, which includes the addition of a distinctive overlay. Monopoly Live takes the classic money wheel format and adds a distinctive Monopoly-themed look. The money wheel itself is reinvented with all the familiar sights from the classic Monopoly board, and the action unfolds in front of a virtual city with moving cars, hot-air balloons, and airplanes roaming around in the background.

However, the Monopoly theme isn’t the only thing that makes this game so unique. The real-life hosts add a huge amount to the game and keep the action moving in a fun and friendly way. Additionally, you can always enter the live chat feature if you want to get closer to the action.

How long does Monopoly Live last for?

While there is no set time limit on how long rounds should take, generally speaking, the action unfolds pretty quickly. While bonus rounds do add a little bit of time to each round, in general the rounds will take no more than a couple of minutes. You can join or leave a game of Monopoly Live whenever you wish.

Can you play Monopoly Live by yourself?

As Monopoly Live is a live casino game played in real time, there will generally be other players with you playing at the same time. You don’t have to interact with them, however, so it can feel like you are playing on your own if you wish. If you want to chat to the host or other players, you can do this using a live chat feature built into the game.

Can I play Monopoly Live for free?

As Monopoly Live is a live casino game where you play for real cash in real time, you will not generally be able to play completely for free. However, you may be able to benefit from a sign-up bonus depending on what online casino you choose to play with, which may enable you to get a certain number of free rounds.

How to win at Monopoly live

As with all money wheel game formats, winning at Monopoly Live is a relatively simple affair. All you need to do is correctly guess where you think the wheel will land once it stops spinning. There is no overall or single winner in Monopoly Live games, and whatever you win in a particular round just gets added to your total winnings. If a number of players guess correctly in a particular round, they will all win individually in line with whatever wager they put down in that round.