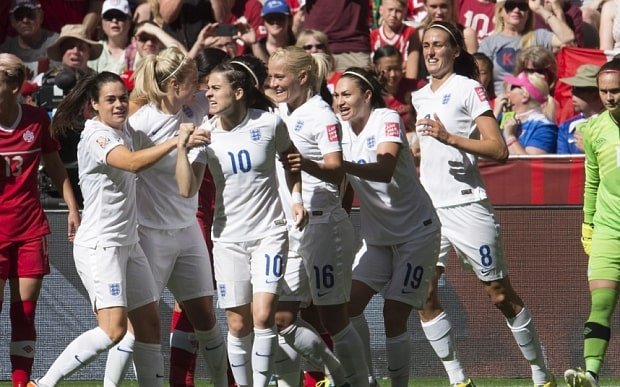 There is only one thing stopping Phil Neville’s team from reaching the finals and that’s the US. On Tuesday 2nd July England will face the defending champions in Lyon. Scroll through this article to take a look at the Lionesses journey in the 2019 FIFA Women’s World Cup 2019. All the details on the upcoming clash can also be found.

A look at the teams:

What the coaches have to say:

Phil Neville on the BBC: ” We want to come home with that World Cup,” and. “I keep thinking to myself, ‘stop saying it’, but we can’t hide away from the fact something’s happening. We cannot wait for Tuesday.”

Jill Ellis: “We have such a tight group. It’s a group that just wants to win”

England’s path to the Semi-finals:

Where is the England vs US semi-final taking place?

As we all know this year’s Women’s World Cup is taking place in France. England’s semi-final match against the US is taking place at Parc Olympique Lyonnais in Décines-Charpieu, Lyon.

What time is kick-off?

For the UK viewers kick-off is scheduled for 8 pm. However, on many channels including BBC One pre-match analysis starts at 7:30.

How many people are likely to tune in?

It may come as a surprise to some but the England women’s team are quite the record breakers. A whopping 7.6 million people tuned in to watch England defeat Norway. The semi-final against the USA is scheduled to hit the same mark with some estimating higher numbers.