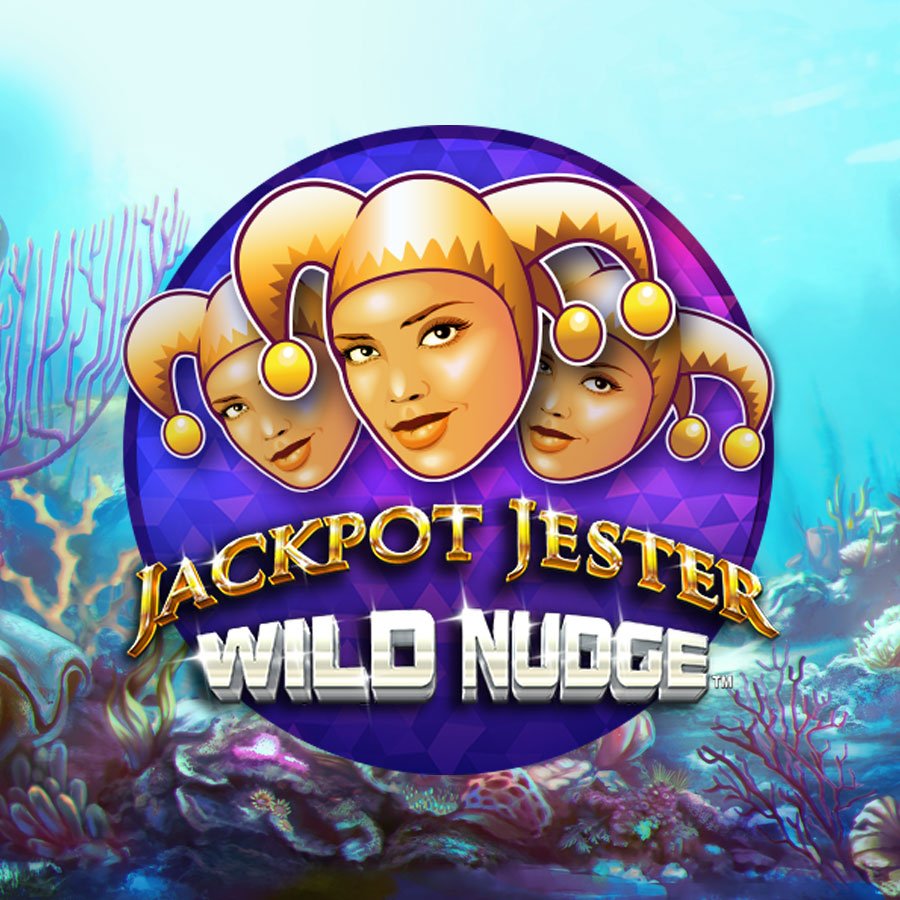 Jackpot Jester Wild Nudge slot game is an exciting sequel to NextGen Gaming’s hugely popular Jackpot Jester 50,000. Similar to the original in looks and style, it too features a more traditionally themed set up – that of a standard, physical slot machine. This one though is set to an aquarium backdrop, presumably to add some ambience to the proceedings. For those of you familiar with the original game, there are some things still the same (that Super Game feature for instance), but there’s also a whole lot more!

Jackpot Jester Wild Nudge really follows the traditional slot set up as it only has three reels, three rows and five paylines. In a world full of gadgets and exciting extra features, you might think that this slot will be a little left behind due to its simplicity – think again. Instead you have a wild ride hidden behind a demure facade. There’s a riot of features, wilds, stacked symbols and, as the name suggests, nudges. Maybe you have also noticed that there’s two sets of reels and you start on the bottom one …

In keeping with its vintage look, Jackpot Jester Wild Nudge has a number of symbols, the majority of which are very traditional. There are sevens, diamonds, bells, plums, lemons, strawberries and cherries. The lowest paying are the cherries, which offer up just 40 coins when you land three of them on the reels. Things get better as you progress through lemons, plums and strawberries at 100. Payouts soar when we move to bells for 200, jewels at 300 and 400 for the sevens. Things get even better when we move to the top reels.

The top reels offer 100 for cherries, with bells at 1000. As you’d expect there is a wild and this is aptly represented by the jester. This wild can substitute for all the other icons helping to increase those wins. Landing three of them on the reels gives a payout in its own right and it’s the biggest of them all at 2000 coins or 20,000 on that top reel. If you bet big enough, you can also get yourself involved in the gamble feature and really improve those payouts by a significant amount.

There are no free spins. The big game here is the Super Game and it’s where the jackpot is found. You’ll need to be betting a minimum of 20 coins in order to access it. As you play through the base game, any winning combo will put the resulting credits into the Super Game bank. You’ll then have three choices: collect the win, continue playing to save more credit or begin the Super Game. You must have a minimum of 100 to start playing as that’s what the spins cost, but the prizes are bigger.

What sets the jackpot game apart is the fact that during this Super Game feature, any wild that lands will become stacked in the Super Game reels. If only part of the stack can be seen, then this will be nudged until the whole stack is in view, giving rise to additional winning chances. Don’t forget that at this time you will be playing across both of the reel sets. If you can fill all the positions with wilds, then you’ve hit the ultimate prize – the jackpot of 100,000 coins.

While there’s technically only a 3×3 grid and five paylines set up, things get more interesting simply because there’s actually two sets of reels. This means there are more winning lines available to you. One of the great things about this slot is that you can actually choose how many paylines you operate. You can choose anything from 1 to 8 paylines and, thanks to the budget-orientated betting options, you can even place a minimum bet of just 0.1 coins per spin. The maximum is 40 coins per spin yielding impressive wins if you’re lucky.

RTP, or return to player rate, refers to how much you can expect to get back on a £100 bet. For Jackpot Jester Wild Nudge this is set at 95.1%, which is not the highest we’ve seen but neither is it to be sneezed at. One thing that we do need to bring to your attention though, is that RTPs are theoretical. That’s right, there’s no guarantee you’ll be playing with the same RTP, especially if you only play a few rounds – RTPs are calculated over thousands of spins.

Volatility or variance describes the frequency and value of the wins you can expect to receive from a slot. On Jackpot Jester Wild Nudge the game has a medium to high volatility, which changes depending on whether you’re in the base game or Super Game. This means that (at the high end), you can expect to see few wins, but those that land are going to be big. In the base game you’re operating at a more medium level ensuring somewhat more regular, modest sized winnings will be coming your way.

With some really quite decent prizes available, Jackpot Jester Wild Nudge online slot has taken the best parts from Jackpot Jester 50,000 and added to them. Although it may sound complex, this slot is easy to play. However, you will need some self-control when it comes to the decisions you make regarding your winnings. Let’s just say it’s not always a good idea to hit the Super Game! If you can contain yourself, this is a truly fun game and, despite its classic set up, never becomes boring.